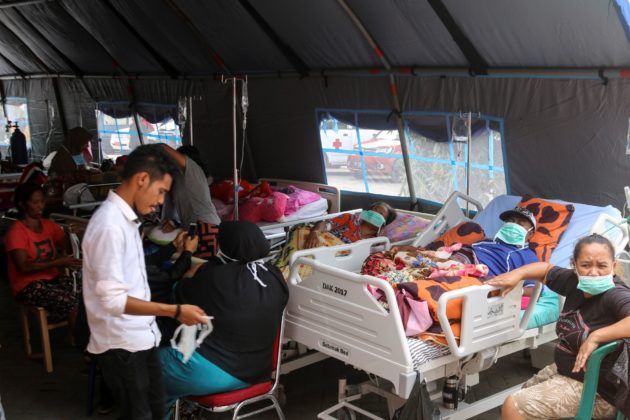 JAKARTA (Reuters) – The death toll from a strong earthquake in Indonesia’s eastern province of Maluku has risen to 30 people, the national disaster mitigation agency (BNBP) said on Sunday, and hundreds of thousands of people remain in evacuation shelters.

The 6.5 magnitude quake hit early on Thursday, damaging hundreds of houses and dozens of public facilities and infrastructure, including the main bridge in the city of Ambon.

Officials on Thursday had put the death toll at 20 people. Many were killed by falling rubble.

More than 150 people were injured, BNBP spokesman Agus Wibowo said in a statement on Sunday, and over 200,000 remain in shelters.

Those whose houses were destroyed have set up tents as shelters in near hospitals or schoolyards.

People living near the ocean have evacuated to higher ground following the quake, fearing a tsunami, despite authorities have ruled out the possibility of a giant wave.

Indonesia, which sits on the seismically active Pacific Ring of Fire, is often hit by deadly earthquakes and tsunamis.

The city of Palu, on the island of Sulawesi west of Maluku, was devastated by a 7.5-magnitude earthquake and a powerful tsunami it triggered last September, killing more than 4,000 people.