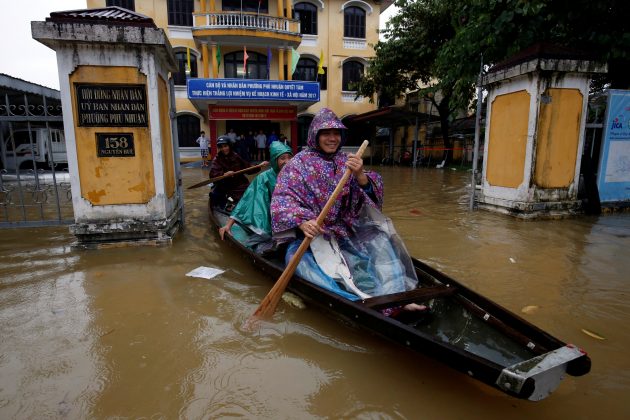 DANANG, Vietnam (Reuters) – The death toll from a typhoon and ensuing floods in Vietnam reached 61 on Monday and the government said some reservoirs were dangerously near capacity after persistent rain.

Typhoon Damrey tore across central Vietnam at the weekend just days before the region is due to host the APEC summit of Asia-Pacific leaders, among them U.S. President Donald Trump, China’s Xi Jinping and Russia’s Vladimir Putin.

The Communist state’s Search and Rescue Committee said 61 people had been killed and 28 were recorded as missing. It said some of the victims were in vessels that capsized at sea. Others were killed in landslides. It did not give a full breakdown.

More than 2,000 homes had collapsed and more than 80,000 had been damaged, it said. Roads that had been flooded or washed away caused traffic jams across several provinces.

Prime Minister Nguyen Xuan Phuc chaired an emergency meeting on the disaster. Ministers said that because some dams were so full, water might need to be released to relieve pressure – potentially worsening flooding downstream.

In Danang, authorities called on soldiers and local people to clean up so that the beach resort would be ready for delegates to the meetings of Asia Pacific Economic Cooperation (APEC) countries, which started on Monday.

Leaders are due to meet from Nov. 10 and organizers said the schedule had not been disrupted because of the weather.

But in much of the ancient town of Hoi An, a UNESCO World Heritage site that spouses of APEC leaders are scheduled to visit on Saturday, muddy waters rose to head height and people boated through the streets. 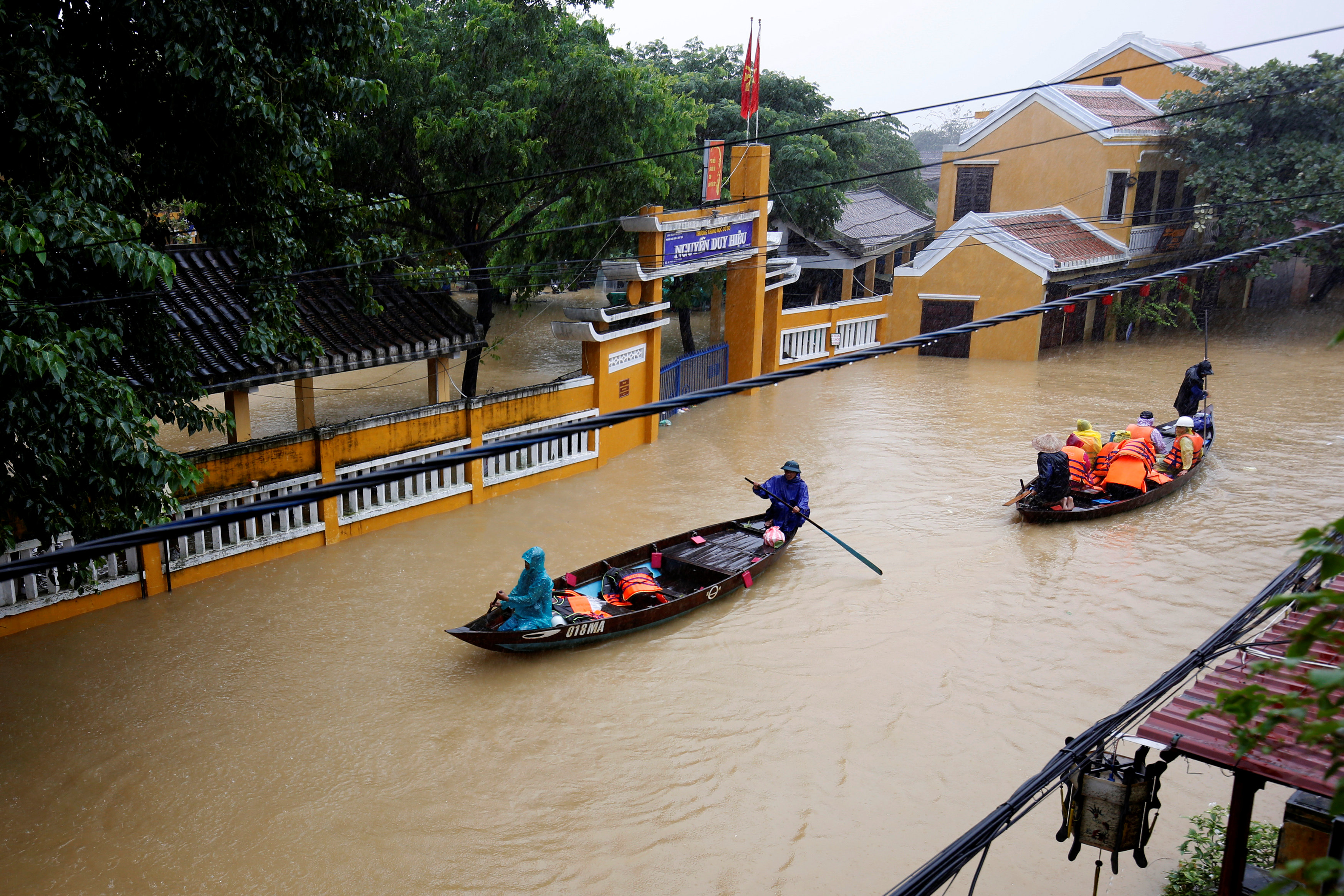 Hoang Tran Son, 37, who left his home there when the water reached his chest, said it was the worst flooding he had seen for decades.

“We’re pretty much all right in the city, but people in remote areas are devastated,” he said.

The storm moved from the coastal area into a key coffee-growing region of the world’s biggest producer of robusta coffee beans. The typhoon had damaged some coffee trees at the start of the harvest season, farm officials said. But farmers in Daklak, the heart of the region, said the damage was limited.

Authorities said that more than 7,000 farm animals had been killed.

Floods killed more than 80 people in northern Vietnam last month, while a typhoon wreaked havoc in central provinces in September. The country of more than 90 million people is prone to destructive storms and flooding, due to its long coastline.