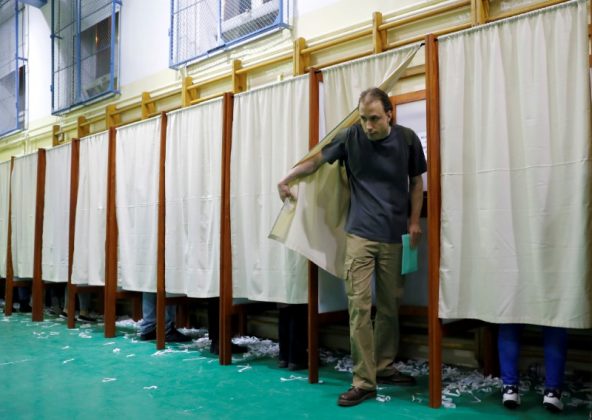 A man leaves a booth during Hungarian parliamentary election at a polling station in Budapest, Hungary, April 8, 2018. REUTERS/Leonhard Foeger