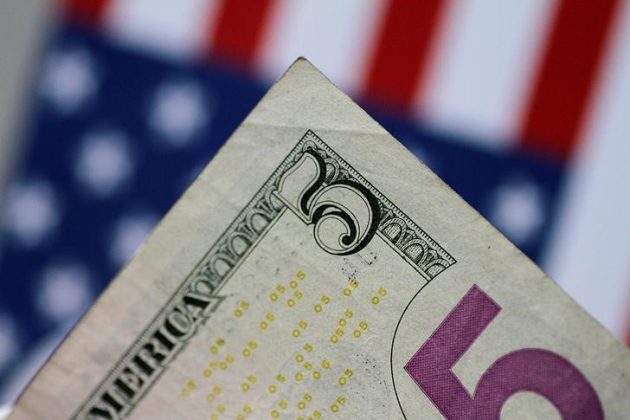 LONDON (Reuters) – The U.S. dollar fell against the yen and languished at 14-month lows against the euro on Wednesday ahead of Federal Reserve Chair Janet Yellen’s appearance in Congress to give testimony on monetary policy.

As investors sought to take profits after a recent dollar rally on the back of a broadly mixed session for risky assets, the greenback’s rise was also halted thanks to a softening of U.S. Treasury yields this week.

The dollar edged 0.4 percent lower against the yen to 113.43 &lt;JPY=EBS&gt; in early trades after rising more than 5 percent over the last month. It was trading at 1.14565 against the euro, its lowest level since early May. &lt;EUR=EBS&gt;

“The Yellen testimony remains the key event risk in today’s session but we remain optimistic about the dollar’s outlook and putting on a long position against sterling is the best way to execute that view,” said Adam Cole, head of FX strategy at RBC Capital Markets in London.

Yellen will give her semi-annual monetary policy testimony before Congress later on Wednesday and on Thursday, and investors will be parsing it for clues on when the Fed will start reducing its massive balance sheet.

The Fed raised rates last month to a range of 1 percent to 1.25 percent and market expectations are roughly of a 50 percent probability that interest rates will rise again before the end of the year, according to the CME’s Fed watch data.

While there is a 50 percent probability for the Bank of England to raise interest rates too before the end of the year, markets are expecting the central bank to strike a dovish stance after recent soft data and comments from policymakers.

In an interview for a Scottish newspaper, the Press and Journal, published on Wednesday, Bank of England Deputy Governor Ben Broadbent said that while there was reason to see the bank moving towards higher rates, there were “a lot of imponderables”.

His comments pushed sterling to a two-week low against the dollar &lt;GBD=D3&gt; and to its lowest in eight months against the euro in early trading on Wednesday.

In other currencies, the Canadian dollar &lt;CAD=&gt; was slightly higher against its U.S. counterpart as investors awaited a Bank of Canada interest rate decision later on Wednesday.