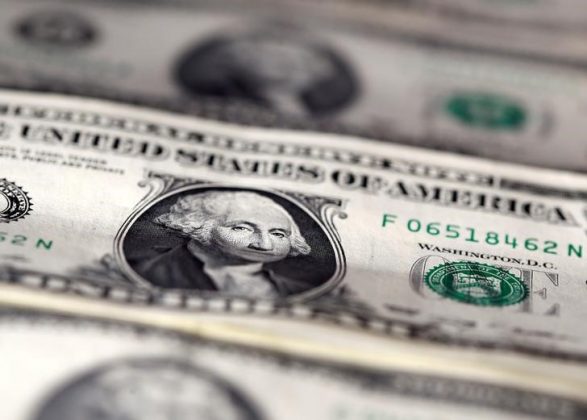 NEW YORK (Reuters) – The dollar was headed for its strongest week of the year on Friday, while world stock markets climbed back near record-high levels on the last trading day of the quarter.

Firming expectations for another U.S. interest rate increase by year-end, combined with U.S. President Donald Trump’s tax-cut plan, have dominated markets for most of the week.

Data on Friday showed U.S. consumer spending barely rose in August but the report did little to change expectations that the Federal Reserve would raise interest rates again in December. Another report showed the Chicago purchasing management index, which gauges factory activity, came in better-than-expected for September.

“The economic data we got was either on target or it was slightly better than expected so there wasn’t anything negative at all to put a pause on things,” said Randy Frederick, vice president of trading and derivatives for Charles Schwab in Austin, Texas.

“Generally, the overall economic backdrop is very solid. In a bull market when you don’t have bad news you tend to get up moves in the market,” Frederick said.

The S&P 500 had set a record closing high on Thursday.

The MSCI global index was within 0.5 percent of an all-time high and on pace for its 11th consecutive positive month.

The dollar index <.DXY> was flat. The greenback was up about 1 percent for the week, on track for its best week since December.

“What you have seen is a general closing out of some short dollar positions but for that to be sustained we need greater detail on Trump’s fiscal plans and see it going through,” said James Binny, head of currency portfolio management for EMEA at State Street Global Advisors.