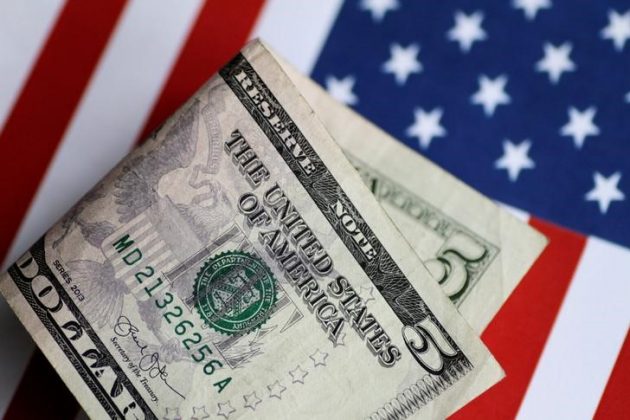 By Jemima Kelly and Polina Ivanova

LONDON (Reuters) – The dollar slipped to a one-week low against the yen on Wednesday, weighed down by worries over possible delays to Donald Trump’s tax reform plans, evidence of the U.S. president’s waning popularity as well as lower Treasury yields.

The Washington Post, citing unidentified sources, reported on Tuesday that Senate Republican leaders are considering a one-year delay in the implementation of a major corporate tax cut to comply with Senate rules.

Any potential delay in the implementation of tax cuts, or the possibility of proposed reforms being watered down, would tend to work against the U.S. currency, analysts said.

The so-called “Trumpflation trade” – bets that Trump’s policies would boost growth and inflation, meaning a faster pace of interest rate hikes from the U.S. Federal Reserve – had driven the dollar to 14-year highs in the aftermath of his election, and 10-year U.S. Treasury yields to their highest since 2014 at more than 2.6 percent <US10YT=RR>.

They, and the dollar, have since fallen back.

There had been some talk of a revival of the Trumpflation trade, with the greenback rising to a 3-1/2-month high against a basket of currencies <.DXY> last month after the U.S. Senate approved a budget blueprint for tax reform.

But the latest report fed doubts over whether Trump could indeed push that program through.

“We have seen rate support for the dollar in terms of U.S. yields diminishing…so I think that’s certainly limiting dollar gains and keeping the dollar index away from … recent highs,” he added.

“If the story is true that they’re considering a delay of one year to the corporate tax cut,…big differences (among members of Congress) will need to be sorted, so we continue to be dubious on that proceeding,” said MUFG’s European head of global markets research in London, Derek Halpenny.

Halpenny added that a Wall Street Journal poll on Tuesday showing Trump’s approval rating falling sharply, even in counties that had voted for him, was adding to a picture of an increasingly unpopular president, which could potentially embolden members of Congress to oppose his plans and further weaken the dollar.

(Reporting by Jemima Kelly and Polina Ivanova in London; Additional reporting by Shinichi Saoshiro in Tokyo; Editing by Emelia Sithole-Matarise)