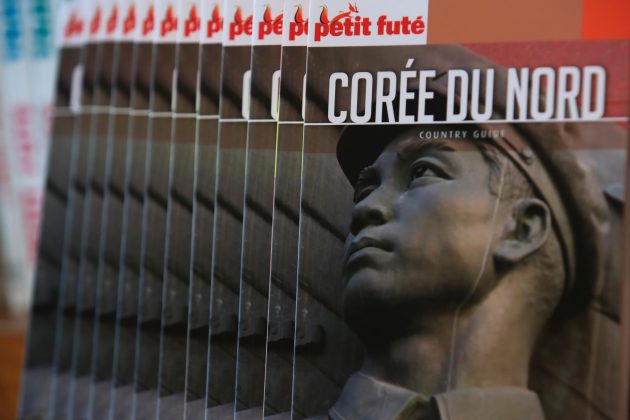 By John Irish and Noemie Olive

PARIS (Reuters) – A French publisher has produced a rare guide to North Korea, highlighting its history, cultural wealth and beautiful landscapes but advising tourists not to take the politically sensitive book with them.

Tourism is one of the few remaining reliable sources of foreign income for North Korea after the U.N. imposed sanctions targeting 90 percent of its $3 billion annual exports including commodities, textiles and seafood. 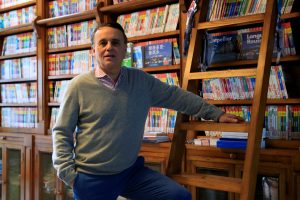 Dominique Auzias, co-founder of the Petit Fute French touristic guide book, poses during an interview with Reuters for the launching of their North Korea guide book in Paris, France, March 19, 2019. REUTERS/Gonzalo Fuentes

Tensions over North Korea’s tests of nuclear weapons and ballistic missiles spiked on the Korean peninsula last year and there were fears of a U.S. military response to North Korea’s threat to develop a weapon capable of hitting the United States.

“There are a lot of people that are interested in this country be it for nuclear and military reasons, but also economically so … it’s important to provide information,” said Dominique Auzias, president of the Petit Fute, which publishes some 800 guides.

“As it’s a country that’s closed and forbidden everybody dreams of going there,” he said.

The reclusive communist state has no official diplomatic relations with France.

Talks in June last year between U.S. President Donald Trump and North Korean leader Kim Jong Un provided a detente even if in recent weeks tensions have once again flared.

North Korean authorities would probably confiscate the printed edition given some of the material, Auzias said.

“You don’t go for adventure, but to discover,” he said.

The guide, which took three years to put together, touches little on where to stay or eat because accessing the country as a tourist can only be done through specific travel agents who determine what visitors see.

In some cases, however, they respond to requests and Auzias said the guide helps people decide what they would like to see.

It makes clear it is imperative to stick to the country’s strict rules or face dire consequences as American student Otto Warmbier did in 2016 when he was sentenced to 15 years of forced labor for trying to steal a propaganda poster in his hotel.

He was returned to the United States in a coma 17 months later, and died shortly after. A coroner said he died from lack of oxygen and blood to the brain.

“The first time I went 10-12 years ago I was proud because I was one of the rare French citizens to get in … but my second moment of happiness was about three weeks later when I left because it was suffocating and mind-boggling,” Auzias said.