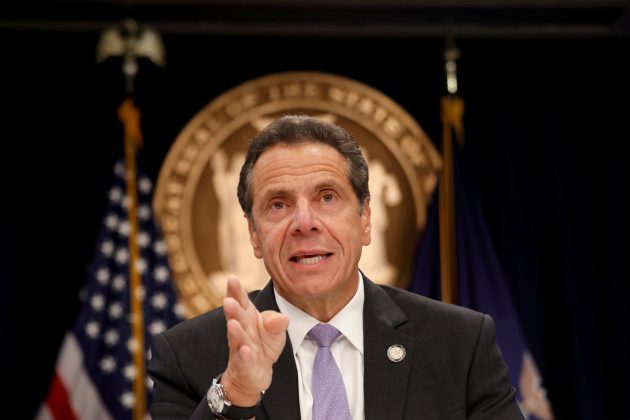 NEW YORK (Reuters) – Dozens of people in New York state who were victims of sexual abuse as children sued the Roman Catholic Church in New York on Wednesday, the first day a new law temporarily enabled them to file lawsuits over decades-old crimes.

More than 70 people have filed lawsuits against the Roman Catholic Church in New York as of early Wednesday, according to the New York County Supreme Court records, most of them accusing priests of sexually abusing them as children and church leaders of covering up the priests’ crimes.

The state’s landmark Child Victims Act, which is effective from Wednesday and will scrap, for one year, a statute of limitations that had barred older complaints and which critics said was too restrictive. The law is expected to lead to hundreds of lawsuits against churches, schools and youth groups.

The change in the law means people of any age in New York state have a year to file a retroactive sexual abuse lawsuit against an alleged offender.

The bill amends “New York’s antiquated laws to ensure that perpetrators are held accountable for their actions, regardless of when the crime occurred,” New York State Governor Andrew Cuomo’s office said in a statement after he signed the measure into law in February.

At least one woman who said she was sexually abused by the late Jeffrey Epstein sued the disgraced financier’s estate early on Wednesday, and more were expected to follow.

A lawsuit was also filed against Boy Scouts of America, accusing the national organization of knowingly employing thousands of leaders who were suspected of molesting children.

Cases are expected to be filed in the coming weeks against churches, schools, hospitals and other institutions across New York City, with defendants ranging from the plaintiffs’ relatives and neighbors to members of the clergy.

One law firm, Weitz & Luxenberg, said it would file 400 lawsuits under the Child Victims Act just in New York City, with plaintiffs ranging from teenagers to people in their 90s. Statewide, the firm said it was representing more than 1,200 people who were victims of sexual abuse as children.

A separate group of law firms, including Seeger Weiss, said it would be representing at least 170 plaintiffs across the state, many with complaints against the Roman Catholic Church.

After the one-year period expires, victims will have until the age of 55 to sue alleged abusers.