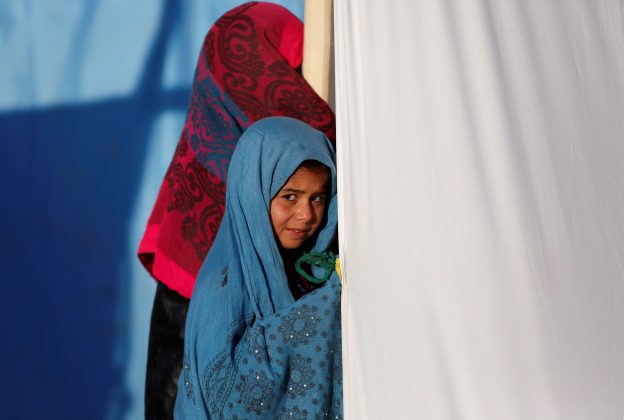 PHNOM PENH (Thomson Reuters Foundation) – Afghanistan’s worst drought in decades has driven tens of thousands of people from their homes and is pushing families to marry off their children in exchange for dowries in order to survive, the United Nations said on Tuesday.

About 223,000 people have been uprooted from their homes in the drought-hit western provinces of Herat, Badghis and Ghor this year, according to the U.N. children’s agency (UNICEF).

The U.N. Food and Agriculture Organization (FAO) said Afghan families have been skipping meals, selling off livestock and moving to cities where it is easier to access aid and services.

Some displaced families are taking even more drastic measures, according to UNICEF, which documented 161 child betrothals or marriages in Herat and Badghis between July and October. Of those, 155 were girls and six were boys.

“The drought is the worst in decades,” UNICEF spokeswoman Alison Parker told the Thomson Reuters Foundation.

“Children are becoming the collateral.”

Families receive a bride price that can ease their financial woes, having lost their livelihoods and assets, said Parker.

Many drought-hit families have had to borrow money to pay for transport, food or healthcare, the United Nations said.

The charity World Vision reported that half of households it surveyed in Badghis in September said child marriage was a measure taken to put food on the table in times of drought.

About 11 million people – almost half of Afghanistan’s rural population – will be facing “severe acute food insecurity” until February, according to the Integrated Food Security Phase Classification (IPC) system used by charities to measure hunger.

“Years of civil conflict and instability, as well as the severely degraded condition of much of the land, have compounded the impacts of the drought,” said an IPC report from August.

In addition to those forced by drought to leave their homes, conflict between the government and an array of armed groups, including the Taliban, has uprooted at least 282,000 people so far this year, according to the United Nations.

The 17-year war has also devastated Afghanistan’s education system, according to a report released on Tuesday by the Global Coalition to Protect Education from Attack, an alliance of aid agencies that includes UNICEF and Save the Children.

With a rising number of attacks on schools, teachers and students, the number of children who are not in education is increasing for the first time since 2002, the agencies said.