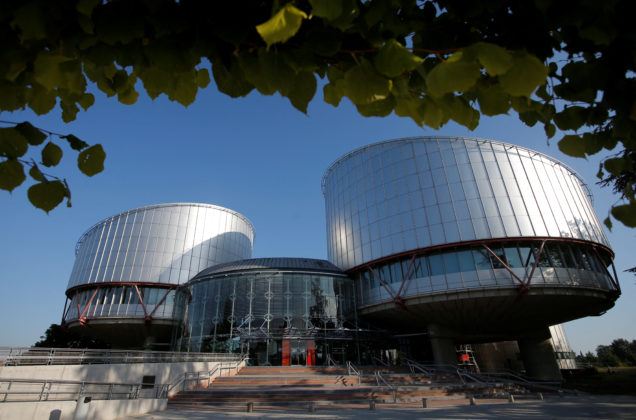 The building of the European Court of Human Rights is seen at Strasbourg, France, September 11, 2019. REUTERS/Vincent Kessler/Files

MOSCOW (Reuters) – The European Court of Human Rights on Tuesday ruled that Russia had not done enough to curb domestic violence and ordered it to pay substantial compensation to four women who were victims of brutal attacks.

Margarita Gracheva, whose husband kidnapped her and chopped off both her hands in 2007 after police dismissed her complaints about his aggressive behavior, is to receive more than 370,000 euros in compensation.

“The Court found, in particular, that the Russian authorities had failed to establish a legal framework to combat domestic violence effectively,” the European Court of Human Rights said in a statement.

The court said it recommended “urgent changes to domestic law and practice to prevent similar violations from occurring.”

The Russian justice ministry did not immediately respond to a request for comment.

In 2017, President Vladimir Putin signed a law easing penalties for domestic violence, citing a need to reduce state meddling in family life, but rights activists called it a step backwards.

In Russia, domestic violence is a particularly acute problem because patterns of macho male behavior are deeply ingrained and rights groups say the laws protecting women are inadequate.