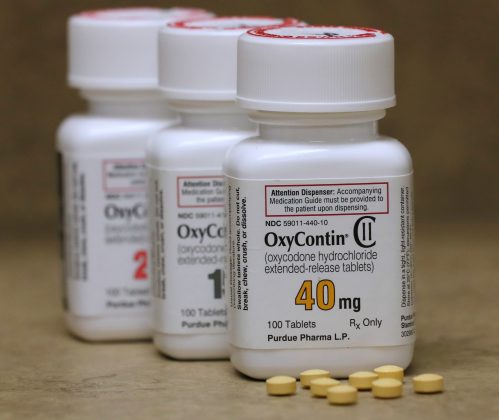 By Mike Spector and Jessica DiNapoli

The deliberations show how Purdue and its wealthy owners, the Sackler family, are under pressure to respond to mounting litigation accusing the pharmaceutical company of misleading doctors and patients about risks associated with prolonged use of its prescription opioids.

Purdue denies the allegations, arguing that the U.S. Food and Drug Administration-approved labels for its opioids carried warnings about the risk of abuse and misuse associated with the drugs.

Filing for Chapter 11 protection would halt the lawsuits and allow the drugmaker to negotiate legal claims with plaintiffs under the supervision of a U.S. bankruptcy judge, the sources said.

More than 1,000 lawsuits accusing Purdue and other opioid manufacturers of using deceptive practices to push addictive drugs that led to fatal overdoses are consolidated in an Ohio federal court. Purdue has held discussions to resolve the litigation with plaintiffs’ lawyers who have often compared the cases to widespread lawsuits against the tobacco industry that resulted in a $246 billion settlement in 1998.

A Purdue bankruptcy filing is not certain, the sources said. The Stamford, Connecticut, drug maker has not made any final decisions and could instead continue fighting the lawsuits, they said.

“As a privately-held company, it has been Purdue Pharma&rsquo;s longstanding policy not to comment on our financial or legal strategy,” Purdue said in a statement.

“We are, however, committed to ensuring that our business remains strong and sustainable. We have ample liquidity and remain committed to meeting our obligations to the patients who benefit from our medicines, our suppliers and other business partners.”

Purdue faces a May trial in a case brought by Oklahoma’s attorney general that, like others, accuses the company of contributing to a wave of fatal overdoses by flooding the market with highly addictive opioids while falsely claiming the drugs were safe. The court proceedings will be televised.

(Reporting by Mike Spector and Jessica DiNapoli in New York)