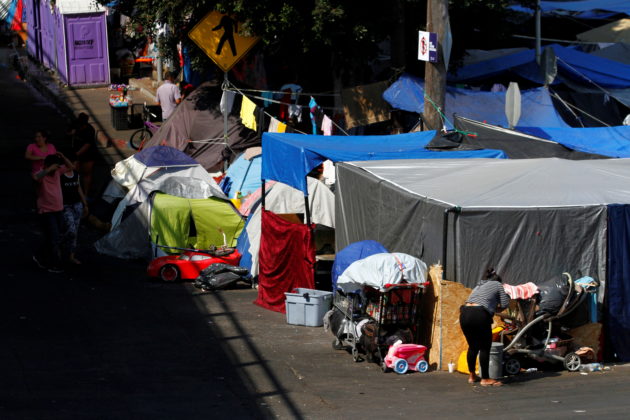 Asylum-seeking migrants are pictured at a makeshift camp after the U.S. Supreme Court ordered to uphold an immigration policy implemented under former President Donald Trump that forced thousands of asylum seekers to stay in Mexico to await U.S. hearings, at El Chaparral crossing port with the U.S., in Tijuana, Mexico August 25, 2021. REUTERS/Jorge Duenes/