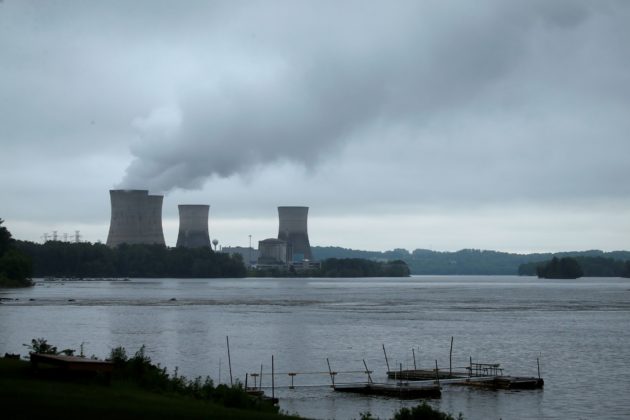 The company announced in May that it planned to shut the 45-year old unit in September due to inaction in the Pennsylvania legislature on a bill that would have subsidized the continued operation of nuclear power in the state.

Paul Adams, a spokesman for Exelon, said the company will issue a statement later Friday on the planned closure. He noted Exelon never owned the unit that suffered the accident in 1979.

Exelon said on its website it bought the 837-megawatt (MW) Unit 1 at Three Mile Island about 20 years after accident at Unit 2. Unit 2 is owned by FirstEnergy Corp <FE.N>.

One megawatt can power about 1,000 average U.S. homes.

Nuclear services company EnergySolutions Inc said in July it was in negotiations with a unit of FirstEnergy to acquire and complete the decommissioning of Unit 2.

In recent years, electricity prices have been depressed by cheap natural gas from shale fields, including the Marcellus in Pennsylvania, and by increased use of renewable power.

This has reduced the amount of money power plants can make selling electricity and forced generators to shut several coal and nuclear plants in recent years.

Many states, including New York, Illinois, Connecticut, New Jersey and Ohio have already adopted nuclear subsidies to keep their reactors in service to help meet carbon reduction and other goals.

Lawmakers in Pennsylvania have considered legislation, but not in time for Three Mile Island. Exelon said it had to decide whether to spend the money to refuel the plant by June 1.

Nuclear power plants generated about 39% of Pennsylvania’s electricity in 2018 and have provided over 90% of its zero-carbon power, according to federal and industry data.

FirstEnergy’s bankrupt FirstEnergy Solutions unit has said it would shut Beaver Valley in 2021 unless the reactors receive some financial support from federal or state programs.