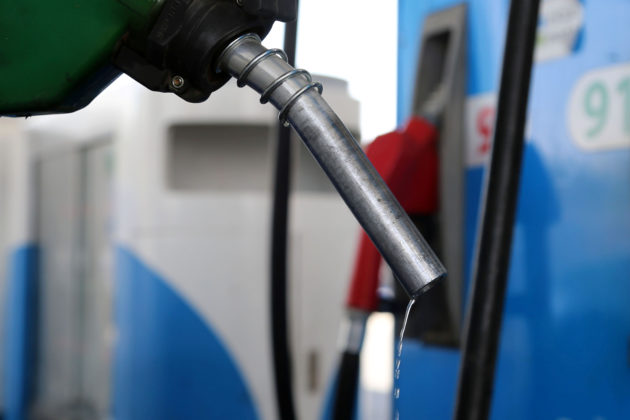 A worker fills up a car at a gas station in Riyadh, Saudi Arabia September 16, 2019. REUTERS/Stringer

LONDON (Reuters) – The strike on the heartland of Saudi Arabia’s oil industry, including damage to the world’s biggest petroleum-processing facility, has driven oil prices to their highest level in nearly four months.

Here are some facts about the impact on oil supply and spare capacity:

WHY IS IT SO DISRUPTIVE FOR GLOBAL OIL SUPPLIES?

The attack on Saudi oil facilities on Saturday not only knocked out over half of the country’s production, it also removed almost all the spare capacity available to compensate for any major disruption in oil supplies worldwide.

The attack cut 5.7 million barrels per day (bpd) of Saudi crude output, over 5 percent of the world’s supply. But the attack also constrained Saudi Arabia’s ability to use the more than 2 million bpd of spare oil production capacity it held for emergencies.

The kingdom has for years been the only major oil-producing country that has kept significant spare capacity that it could start up quickly to compensate for any deficiency in supply caused by war or natural disaster.

Most other countries cannot afford to drill expensive wells and install infrastructure, then maintain it idle.

Before the attack, the Organization of the Petroleum Exporting Countries (OPEC) global supply cushion was just over 3.21 million barrels per day (bpd), according to the International Energy Agency (IEA).

Saudi Arabia – the de facto leader of OPEC – had 2.27 million bpd of that capacity. That leaves around 940,000 bpd of spare capacity, mostly held by Kuwait and the United Arab Emirates. Iraq and Angola also have some spare capacity. They may now bring that production online to help plug some of the gap left by Saudi Arabia – but it won’t be enough.

HAVEN’T OPEC AND ITS ALLIES BEEN CUTTING OUTPUT? CAN’T THEY JUST REVERSE THOSE CUTS?

Yes, OPEC and its allies such as Russia have cut output to prevent prices from weakening because the market has been oversupplied.

Those cuts aimed to reduce supply by 1.2 million bpd. But much of that was from Saudi Arabia so it now cannot be reversed quickly.

Non-OPEC members such as Russia are pumping near capacity, with perhaps only 100,000-150,000 bpd of available additional production.

Iran holds spare capacity but it cannot get the oil to market because of sanctions imposed by the government of U.S. President Donald Trump.

Iran’s exports have fallen over 2 million bpd since April.

Washington has said Iran was behind Saturday’s attack, so is unlikely to ease sanctions to allow Iran to plug a gap it believes was created by Tehran.

Iran, for its part, said after the attack that it would pump at full volume if sanctions were eased.

U.S. sanctions have also impacted the Venezuelan oil industry. But Venezuelan output has been in free fall for years and state oil company PDVSA is unlikely to be able to boost production much even if sanctions were eased.

WHAT ABOUT U.S. SHALE? CAN SHALE PRODUCERS PUMP MORE?

The United States has become the world’s top crude producer after years of rapid growth in supply from the shale sector, much of it pumped from fields in Texas. The U.S. has also grown as an exporter and shipped more crude to international markets in June than Saudi Arabia.

Shale producers can move quickly to pump more when prices rise and can bring production online in a matter of months. That is a much faster timeline than most traditional oil production.

If the Saudi outage looks like it will be prolonged and oil prices rally significantly, then shale producers will raise output.

But even if shale producers pump more, there are constraints on how much the United States can export because oil ports are already near capacity.

SO WHAT HAPPENS NOW? WHAT ABOUT OIL IN STORAGE?

It all depends on how long the outage lasts.

Saudi Arabia, the United States and China all have hundreds of millions of barrels of oil in strategic storage. That is the storage that governments keep for exactly this scenario – to compensate for unexpected outages in supply.

They can release oil from strategic storage to meet demand and temper the impact on prices. U.S. President Donald Trump said on Sunday he had authorized a release from the U.S. Strategic Petroleum Reserve.

The IEA, which coordinates energy policies of industrialized nations, advises all its members to keep the equivalent of 90 days of net oil imports in storage.

Oil from storage should keep the market supplied for some time, but oil markets will likely become increasingly volatile as storage is run down and the possibility of a supply crunch rises.

The IEA said on Saturday the markets were still well supplied despite the Saudi disruptions.

“We are massively oversupplied,” said Christyan Malek, head of oil and gas research for Europe, Middle East and Africa at J.P. Morgan, adding it would take five months of a 5 million-bpd outage to take global crude supply levels back to a 40-year normal average.

“Having said that, this attack introduces a new, irreversible risk premium into the market,” he added.

WHAT HAPPENS IF THERE IS ANOTHER SUPPLY DISRUPTION?

With no spare capacity, future disruptions would cause oil prices to rise. A higher price over time will encourage producers to invest and pump more, while at the same time reducing consumption.

OPEC member Libya is in the middle of a civil war, which threatens its ability to continue pumping oil. Another big Libyan disruption would add to the shocks and highlight the lack of spare capacity.