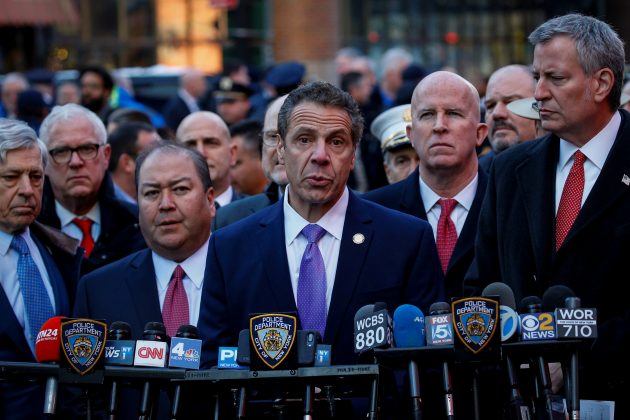 By Nick Zieminski and Daniel Trotta

NEW YORK (Reuters) – A man with a homemade bomb strapped to his body set off an explosion at a New York commuter hub during rush hour on Monday, injuring himself and three others in what New York Mayor Bill de Blasio called an attempted terrorist attack.

The suspect in the incident at the Port Authority Bus Terminal, a block from Times Square, was identified as Akayed Ullah, the New York Police Department commissioner said. The suspect had burns and lacerations while three other people, including a police officer, had minor injuries.

The weapon was based on a pipe bomb and fixed to the suspect with zip ties and velcro, police said. New York Governor Andrew Cuomo, speaking at a news conference near the site, described the device as “amateur level.”

New York Mayor Bill de Blasio told the same news conference that the incident, which happened at the start of the city’s rush hour, was “an attempted terrorist attack.”

“As New Yorkers our lives revolve around the subways. When we hear of an attack in the subways it is incredibly unsettling,” de Blasio said. 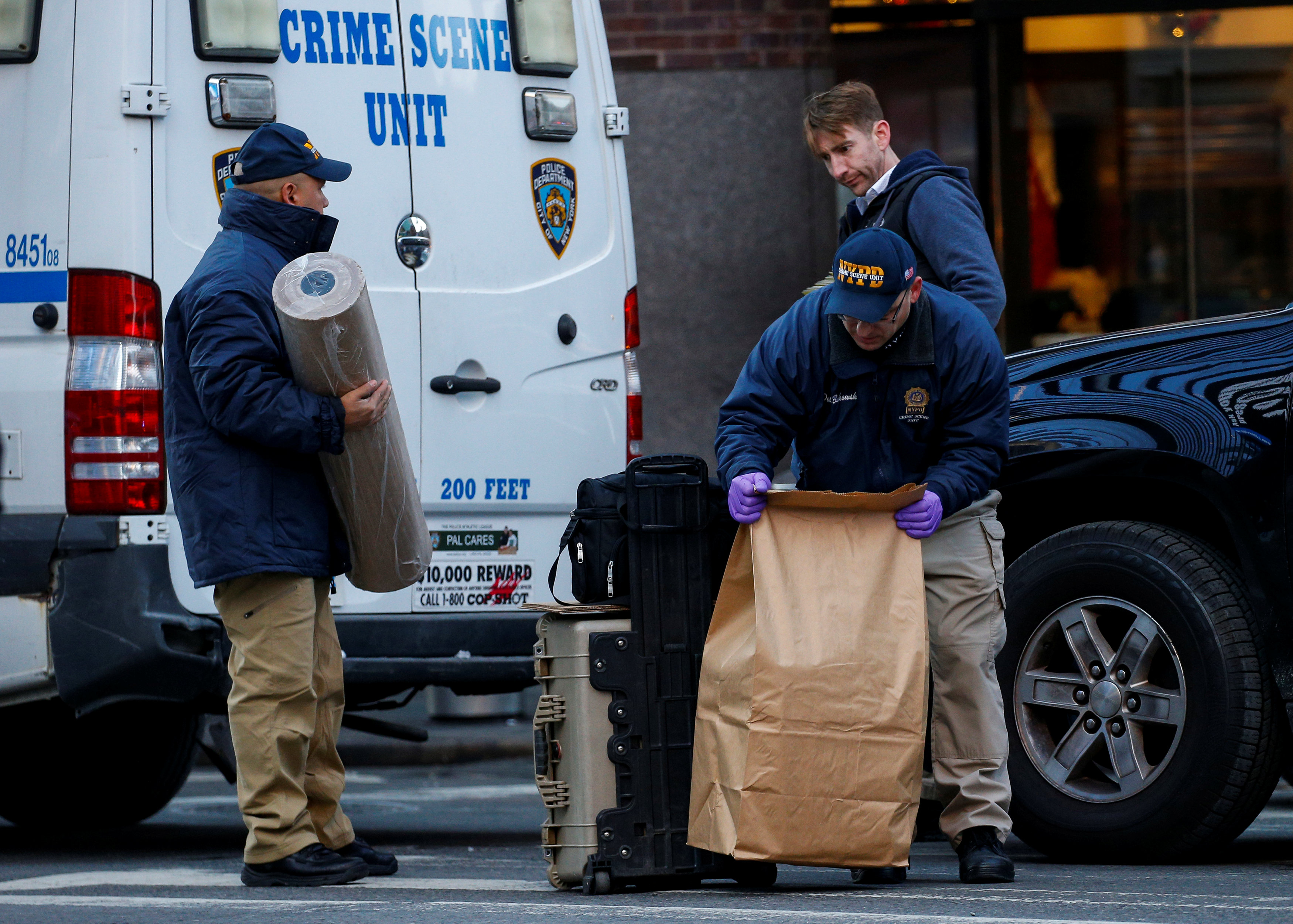 “In the course of the post 9/11 world, as you are aware, there’s also been approximately 26 plots that we can talk about that have been prevented through intelligence, investigation and intervention.”

The incident was captured on security video, the police said. Video posted on NYPost.com showed smoke and a man lying in the tunnel that connects the Times Square subway station to the bus station. A photograph showed a man lying face down, with tattered clothes and burns on his torso.

“There was a stampede up the stairs to get out,” said Diego Fernandez, one of the commuters. “Everybody was scared and running and shouting.”

Alicja Wlodkowski, a Pennsylvania resident in New York for the day, was sitting in a restaurant in the bus terminal. 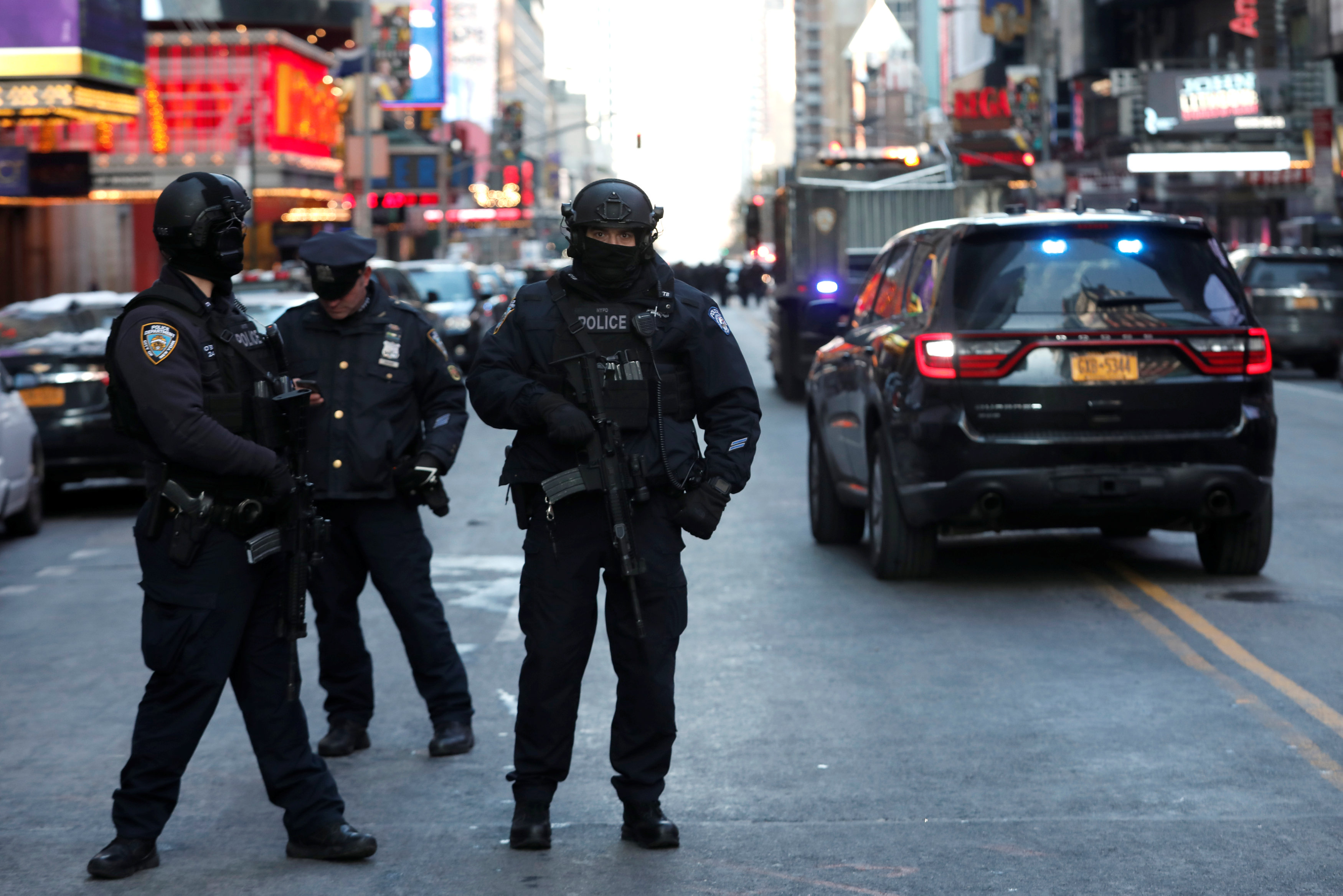 “Suddenly, I saw a group of people, like six people, running like nuts. A woman fell. No one even went to stop and help her because the panic was so scary.”

The bus terminal was temporarily shut down and a large swath of midtown Manhattan was closed to traffic. Subway train service was returning to normal after earlier disruptions.

WABC reported the suspect was in his 20s and that he has been in the United States for seven years and has an address in New York’s Brooklyn. The NYPD shut down the entire block and there was heavy police presence outside the home.

The incident rippled through U.S. financial markets, briefly weakening equity markets as they were starting trading for the week and giving a modest lift to safe-haven assets such as U.S. Treasuries.

S&P 500 index emini futures dipped in the moments after the initial reports of an explosion, but major stock indexes later opened slightly higher.

The incident occurred less than two months after an Uzbek immigrant killed eight people by speeding a rental truck down a New York City bike path, in an attack for which Islamic State claimed responsibility.

In September 2016, a man injured 31 people when he set off a homemade bomb in New York’s Chelsea district.