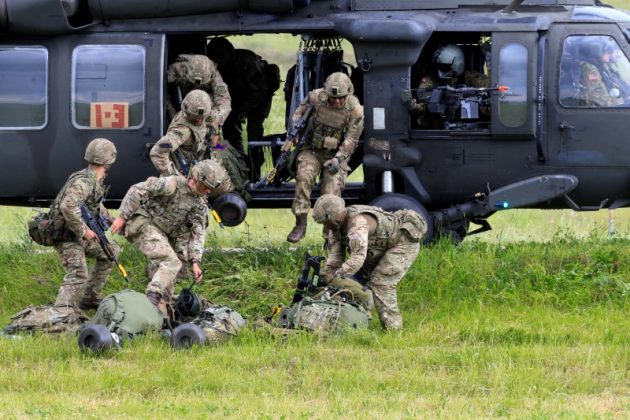 STUTTGART, Germany (Reuters) – The U.S. military is moving toward more global exercises to better prepare for a more assertive Russia and other worldwide threats, a senior officer said in an interview with Reuters.

Some smaller-scale war games with a global focus had already occurred, but the goal was to carry out more challenging exercises by fiscal year 2020 that involved forces from all nine U.S. combatant commands – instead of focusing on specific regions or one military service, such as the Marines.

“What we’re eventually going toward is a globally integrated exercise program so that we (are) … all working off the same sheet of music in one combined global exercise,” Healy said in an interview this week.

He said war games and training were imperative to rehearse for possible conflicts and they needed to reflect the global nature of today’s military threats, including cyber warfare.

Healy said Russia was his main focus in Europe, and officials were keeping a close watch on Moscow’s Zapad military exercises that begin next month and which experts say could involve about 100,000 troops.

He said Russian observers attended recent U.S. and NATO exercises in the Black Sea region, but Moscow had not extended a similar invitation to its own war games. “They’re not being as transparent as we are,” he said.

Moscow says its war games will involve less than 13,000 troops and so do not require invitations to outside observers.

Healy said an initial assessment of a range of exercises conducted across Europe this summer with over 40,000 U.S. and allied forces had been positive, but a deeper assessment would be completed in October.

As a deterrent to Russia after its 2014 annexation of the Crimea region of Ukraine, U.S. and NATO forces have boosted their presence and training in Europe.

This has included the addition of four NATO battle groups with 1,000 soldiers each in Estonia, Lithuania, Latvia and Poland, all of which have borders with Russia.

Next year, the U.S. military plans 11 major exercises that will take in a range of NATO allies from Iceland to Britain, the Baltic states, and possibly Finland, according to Healy. Those exercises too will bring together air, ground and naval forces.