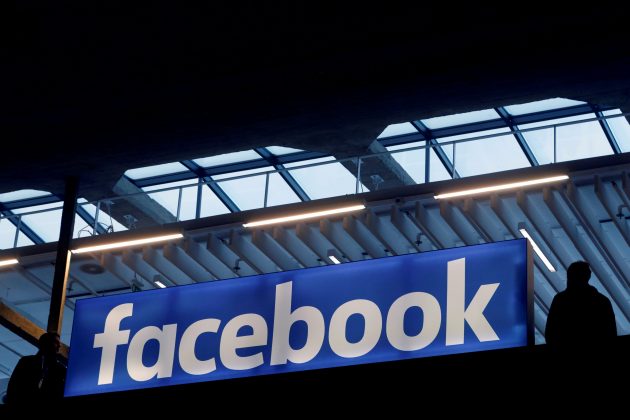 By Joseph Menn and Paresh Dave

(Reuters) – Facebook Inc has identified a new coordinated political influence campaign to mislead users and organize rallies ahead of November’s U.S. congressional elections, taking down dozens of fake accounts on its site, the company said on Tuesday.

A Russian propaganda arm tried to tamper in the 2016 U.S. election by posting and buying ads on Facebook, according to the company and U.S. intelligence agencies. Moscow has denied involvement.

Facebook on Tuesday said they had removed 32 pages and accounts from Facebook and Instagram, part of an effort to combat foreign meddling in U.S. elections, attempts that lawmakers have called dangerous for democracy.

The company said it was still in the early stages of its investigation and did not yet know who may be behind the influence campaign for 2018 elections that will determine whether or not the Republican Party keeps control of Congress.

Chief Operating Officer Sheryl Sandberg said on a call with reporters that the attempts to manipulate public opinion would likely become more sophisticated to evade Facebook’s scrutiny, calling it an “arms race.”

“This kind of behavior is not allowed on Facebook because we don’t want people or organizations creating networks of accounts to mislead others about who they are, or what they’re doing,” the company said in a blogpost.

Facebook for months has been on the defensive about influence activity on its site and concerns over user privacy tied to longstanding agreements with developers that allowed them access to private user data.

Facebook identified influence activity around at least two issues, including a counter-protest to a “Unite the Right II” rally set next week in Washington. The other was the #AbolishICE social media campaign aimed at the U.S. Immigration and Customs Enforcement agency.

In the blog post, Facebook said it was revealing the influence effort now in part because of the rally. A previous event last year in Charlottesville, South Carolina, led to violence by white supremacists.

Facebook said it would tell users who had expressed interest in the counter-protest what action it had taken and why.

Facebook officials on a call with reporters said that one known account from Russia’s Internet Research Agency was a co-administrator of one of the fake pages for seven minutes, but the company did not believe that was enough evidence to attribute the campaign to the Russian government.

The company previously had said 126 million Americans may have seen Russian-backed political content on Facebook over a two-year period, and that 16 million may have been exposed to Russian information on Instagram.

Adam Schiff, the top Democrat on the U.S. House of Representatives Intelligence Committee, in a statement urged Facebook to move against foreign groups trying to sway American voters and to warn legitimate users that such activity, as seen in 2016, is recurring this year.

Senate Intelligence Committee Chairman Richard Burr, a Republican, said in a statement there would be a hearing on Wednesday about the online threat to U.S. election security.

Burr said the goal of influence operations “is to sow discord, distrust, and division in an attempt to undermine public faith in our institutions and our political system. The Russians want a weak America.”

Washington imposed punitive sanctions on Russia following U.S. intelligence agency conclusions that Moscow interfered to undermine the 2016 U.S. elections, one of the reasons U.S.-Russian relations are at a post-Cold War low. Both U.S. President Donald Trump and Russian President Vladimir Putin have said, however, that they want to improve ties between the two nuclear powers.

Facebook disclosed in September that Russians under fake names had used the social network to try to influence U.S. voters in the months before and after the 2016 election, writing about divisive issues, setting up events and buying ads.

Over the past several months, the company has taken steps meant to reassure U.S. and European lawmakers that further regulation is unnecessary. Chief Executive Officer Mark Zuckerberg says the company has 20,000 people working to police and protect the site.

Costs associated with that effort are part of the reason Facebook said last week that it expects its profit margins to decline, a warning that sent shares tumbling about 25 percent, the biggest one-day loss of market cap in U.S. stock market history. Shares of Facebook were up about 1.5 percent in Tuesday’s midafternoon trading, part of a broader tech rebound.