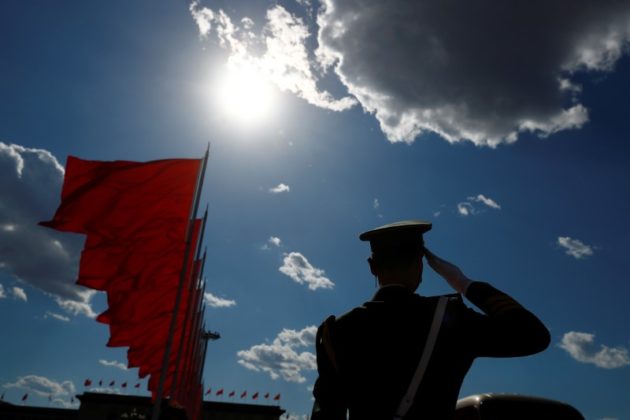 BEIJING (Reuters) – China is engaged in diplomatic disputes on numerous fronts, from acrimony with the United States to a backlash over its clampdown on Hong Kong, a border dispute with India and criticism over its handling of the novel coronavirus.

Following are some of the main points of contention between China and other countries:

From disputes over trade and technology, to U.S. criticism over the coronavirus outbreak and China’s accusation of U.S. backing for protests in Hong Kong, ties between the world’s two biggest economies are at their lowest point in decades.

Several countries, including the United States and Australia, have called for China to be held to account for its early handling of the coronavirus, which emerged late last year in the city of Wuhan. China has also faced criticism for what some have characterized as heavy-handed “virus diplomacy”.

China has stepped up diplomatic and military pressure on Chinese-claimed but democratically ruled Taiwan, trying to coax it into accepting Chinese rule. Taiwan President Tsai Ing-wen, re-elected by a landslide in January, has rejected that, saying only Taiwan’s people can decide its future.

China and India are engaged in the most serious military standoff on their disputed border since 2017, with soldiers in the remote Ladakh region accusing each other of encroachment.

China has been criticized in Washington and elsewhere over its treatment of ethnic Uighur Muslims in its western Xinjiang region. Last month, the U.S. House of Representatives overwhelmingly approved legislation calling for sanctions on officials responsible for the oppression of Uighurs.

The United States has raised security concerns over equipment provided by Chinese telecoms gear giant Huawei, warning that allies that use it in their networks risked being cut off from valuable intelligence-sharing feeds. Last month, the United States moved to block global chip supplies to Huawei, which denies that its equipment poses a security risk.

Ties have been strained since Canada arrested Huawei executive Meng Wanzhou, daughter of the firm’s founder, in late 2018. Soon after, China detained two Canadians and blocked imports of some canola seed. Meng lost a court ruling last month in her fight against extradition to the United States.

EU foreign ministers agreed last week to toughen their strategy on China to counter its increasingly assertive diplomacy against a backdrop of concern about Hong Kong. The bloc has been frustrated over market access for its companies in China, which has sought to block an EU report alleging that China was spreading disinformation about the coronavirus outbreak, according to diplomatic sources.

China last month imposed tariffs on barley imports from Australia, the latest escalation between them. Relations soured in 2018 when Australia banned Huawei from its 5G broadband network, and China has been angered by Australia’s call for an independent inquiry into the coronavirus.

China has overlapping claims in the energy-rich South China Sea, which is also an important trade route, with the Philippines, Brunei, Vietnam, Malaysia and Taiwan. The United States has accused China of taking advantage of the distraction of the coronavirus to advance its presence in the waters.