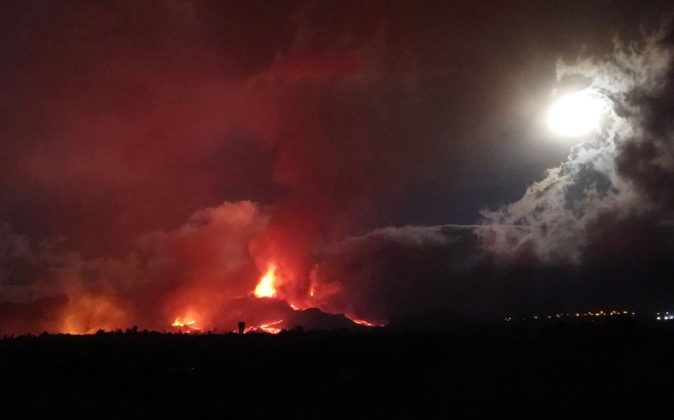 Lava and smoke rise following the eruption of a volcano on the Island of La Palma, Spain September 20, 2021. Picture taken with drone. REUTERS/Nacho Doce