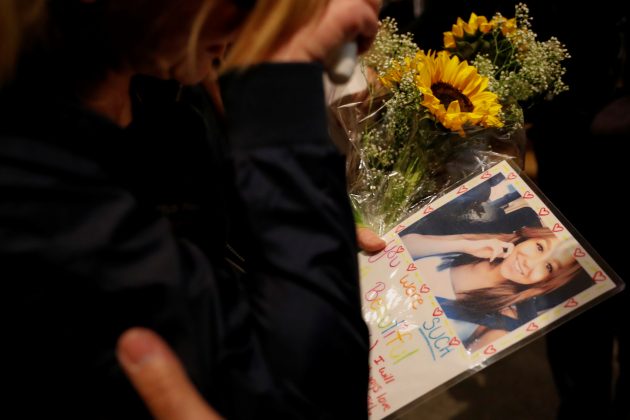 A mourner arrives with a picture of one of her friends at a vigil for the victims of the mass shooting, at the Thousand Oaks Civic Arts Plaza in Thousand Oaks, California, U.S., November 8, 2018. REUTERS/Mike Blake NO RESALES. NO ARCHIVES