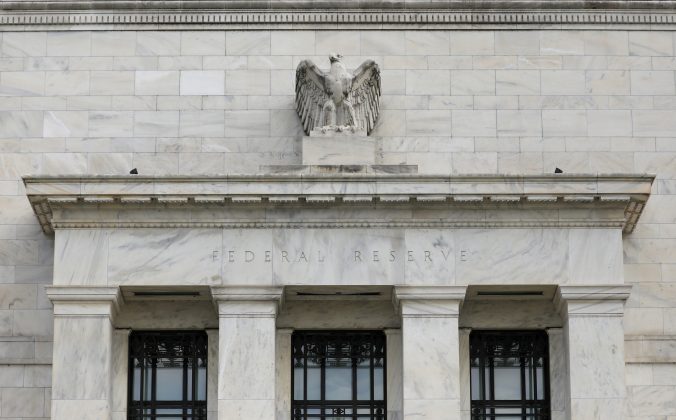 NEW YORK (Reuters) – U.S. employers are hiring workers at a brisk pace, but that is only making the Federal Reserve’s job harder.

On Friday, the Labor Department said nonfarm employers added 224,000 jobs last month – the most in five months, and not the kind of labor market that would normally cause policymakers at the U.S. central bank to cut interest rates.

But the Fed opened up the possibility of cuts last month, citing muted inflation pressures and an economic outlook clouded by a U.S. trade war and slower global growth.

This complicates a debate Fed policymakers are having over whether the economy needs stimulus, setting up a possible standoff with markets at their July 30-31 meeting.

“They are in a bit of a bind,” said Karim Basta, chief economist at III Capital Management. “On the surface, the data, in my opinion, doesn’t really support an imminent cut, but markets are expecting it, and I do think there’s a risk at this stage that they disappoint.”

Markets are overwhelmingly betting the Fed’s next move will be its first rate cut since the financial crisis a decade ago, and President Donald Trump on Friday renewed demands for lower rates to strengthen the economy.

Fed Chairman Jerome Powell has repeatedly said the central bank makes decisions independently from both markets and the White House, but failing to deliver a cut could cause a stock and short-term bond selloff and reduce economic activity.

U.S. interest rates futures fell after the jobs report on Friday. Markets still see a rate cut this month as a near-certainty, though they largely priced out changes for an aggressive half-percentage-point cut.

“These are good numbers, but a rate cut in July is still all but inevitable,” said Luke Bartholomew, investment strategist for Aberdeen Standard Investments. “Employment growth remains a bright spot amid a fairly mixed bag of U.S. data and yet markets have come to expect a cut now so (they) will fall out of bed if they don’t get one.”

The U.S. has not resolved its trade dispute with China, but the two countries agreed last weekend to resume trade talks, putting off new tariffs.

There are still signs of a pullback in economic activity. Businesses’ spending on machines and other equipment is tepid, but employers keep hiring hotel maids, electricians, daycare providers and other workers. They are also paying them more. Average hourly earnings rose at a 3.1%-a-year pace. A May payroll gain of 72,000 now seems like a fluke rather than a sign of deterioration.

Those are not the prototypical conditions for a rate cut. Unemployment at 3.7% is near its lowest levels since 1969 and policymakers have traditionally seen job gains with low unemployment posing risks of inflation.

But economists have grown less confident in academic models that forecast an inverse relationship between unemployment and inflation. The core personal consumption expenditures index is running at 1.6% a year, short of the Fed’s 2% goal.

In its semi-annual report to Congress, the Fed on Friday repeated its pledge to “act as appropriate” to sustain the economic expansion, with possible interest rate cuts in the coming months, but notably said the jobs market had “continued to strengthen” so far this year, and described recent weak inflation as due to “transitory influences.”

Some policymakers think a rate cut could lift inflation expectations, reducing chances of more drastic rate cuts being needed later. With rates at 2.25%-2.50%, policymakers have less room to cut before they resort to unconventional measures.

A cut could also reduce the Fed’s firepower in the case of a more severe downturn and signal greater concern about the future and even that more stimulus is on the way.