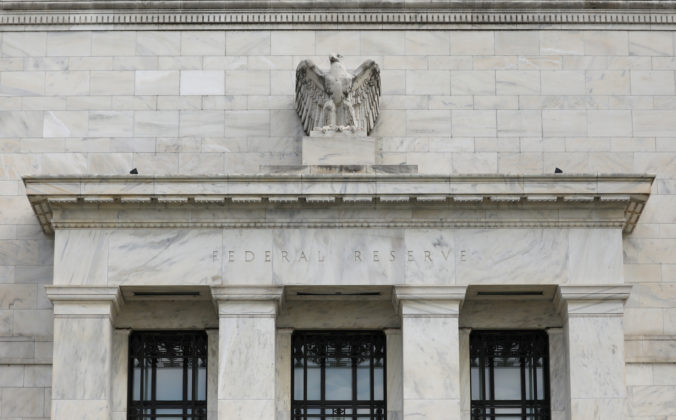 WASHINGTON (Reuters) – Federal Reserve policymakers were cautiously optimistic about their ability to hold interest rates steady this year, minutes of the central bank’s last policy meeting showed, even as they acknowledged new risks caused by the coronavirus outbreak.

The readout on Wednesday of the policy discussion, at which policymakers unanimously voted to keep interest rates unchanged in a target range of between 1.50% and 1.75%, also showed Fed officials were skeptical about any big rethink of the central bank’s inflation target.

“Participants generally saw the distribution of risks to the outlook for economic activity as somewhat more favorable than at the previous meeting,” the Fed said in the minutes of the Jan. 28-29 meeting. It went on to say the current stance of monetary policy was likely to remain appropriate “for a time.”

Coming into this year the Fed had made clear that, after three interest rate cuts in 2019, it plans to hold interest rates steady, barring a significant change in the U.S. economic outlook.

Policymakers have pointed to U.S. consumer spending levels, dissipating U.S-China trade tensions and loose financial conditions as supporting their view, but how long such an upbeat assessment can last has already been tested by escalating concern about the global economic impact of the coronavirus outbreak that started in China.

On Monday Apple Inc <AAPL.O> issued a revenue warning due to the disruption the epidemic is causing to its supply chain. China, the world’s second-largest economy, is still struggling to get its manufacturing sector back up and running after imposing severe travel restrictions to contain the flu-like virus.

Fed Chair Jerome Powell said last week it was too early to tell if the knock-on economic impact on the United States would be severe or sustained enough to cause the Fed to change its current path.

Since the outbreak began investors have brought forward their bets of when the Fed will cut interest rates again, to around June of this year. In the minutes, policymakers said the threat “warranted close watching.”

Despite that, Fed officials offered a fairly upbeat assessment of the economy, expecting consumer spending to “likely remain on a firm footing,” job gains to expand at a healthy pace, continued moderate economic expansion and inflation returning to its 2% goal. The Fed is forecasting the economy growing 2.0% this year.

That is at odds with some economic data released since the meeting. The Commerce Department reported last week a slowdown in consumer spending in January. Business investment has also experienced a deepening downturn and the U.S. manufacturing sector remains weak.

As part of a discussion on rethinking the Fed’s inflation goal during the central bank’s review of its main policy tools, there were vocal doubts about adopting an inflation range.

Elsewhere in the minutes, Fed policymakers discussed how to handle its growing balance sheet. The Fed has been buying $60 billion monthly of U.S. Treasury bills since October to increase the level of reserves in the banking system in response to a liquidity crunch.

Powell has said the Fed would aim to begin scaling back that amount sometime in the April-June period, when the level of reserves in the banking system would likely be deemed adequate.

After that, “regular open market operations would be required over time in order to accommodate trend growth in the Federal Reserve’s liabilities and maintain an ample supply of reserves,” Fed policymakers noted in the minutes.

The Fed also expects to continue offering support in the market for repurchase agreements, or repo, at least through April but in the minutes staff floated a plan that included phasing out the term repo operations after April. Those policymakers who commented on the plan were comfortable with the idea, according to the minutes.

Several policymakers asked for more discussion “before long” on the possibility of creating a standing repo facility, which would allow banks to borrow cash as needed at a fixed rate.