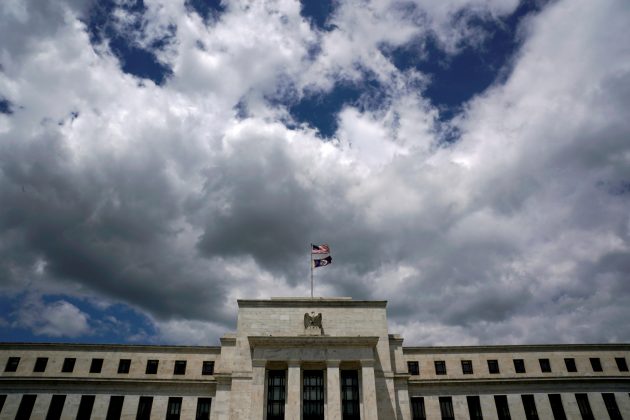 By Howard Schneider and Pete Schroeder

WASHINGTON, Feb 22 (Reuters) – The U.S. economy maintained “solid” growth through the second half of 2018, likely expanding “just under” 3 percent for the year, though consumer and business spending had begun to weaken, the Federal Reserve said on Friday in its semi-annual monetary policy report to Congress.

In a document that balanced its mostly positive outlook for a still growing economy against an array of emerging domestic and global risks, the U.S. central bank laid out why it had put further interest rate hikes on hold last month.

From a “deteriorated” appetite for risk among investors to a slowdown in China, the outlook for policy is “more uncertain than earlier,” the Fed said, noting “softer global and economic conditions.”

That may spill into the start of 2019, the Fed said, noting that the recent 35-day partial shutdown of the U.S. government “likely held down GDP growth in the first quarter of this year.”

For 2018, the Fed said: “Consumer spending expanded at a strong rate for most of the second half … though spending appears to have weakened toward year-end.”

“Business investment grew as well, though growth seems to have slowed somewhat,” it added.

Consumer and business confidence remains “favorable,” but “some measures have softened since the fall,” the Fed reported. “Domestic financial conditions for businesses and households have become less supportive of economic growth.”

The Fed noted to Congress that it would continue to reduce the size of its balance sheet, which had declined by about $260 billion since its last report to lawmakers, ending the year at close to $4 trillion. But the central bank also repeated its new openness to adjusting “any of the details” of its balance sheet plan if economic and financial conditions warrant.

Fed Chairman Jerome Powell will testify before lawmakers in the U.S. Senate and House of Representatives on Tuesday and Wednesday to elaborate on the report in what could prove to be an important week for economic data and the central bank’s sense of where the economy is heading.

The report indicated some underlying economic strength, with “ongoing improvements in the labor market,” and solid growth in disposable income, fueled by the Trump administration’s tax cuts, boosting household consumption.

But the Fed noted headwinds, including those tied to the ongoing debate over global trade policy. Overall, net exports “likely subtracted a little from real GDP growth” over 2018, despite the administration’s efforts to improve the U.S. trade position.

At a policy meeting late last month, Fed officials put their three-year push for higher interest rates on hold amid a broad recognition that inflation and global growth had weakened, and that the U.S. outlook was less certain than just a few weeks earlier.

Since then, economic data has been mixed, with weaker retail sales and manufacturing reports balanced by continued strong job growth.

But some important pieces of the puzzle have been missing altogether. Most notably, the report on gross domestic product for the last quarter of 2018 was delayed by the recent government shutdown.

That report is due to be released on Thursday, and will be followed on Friday by the jobs report for February.