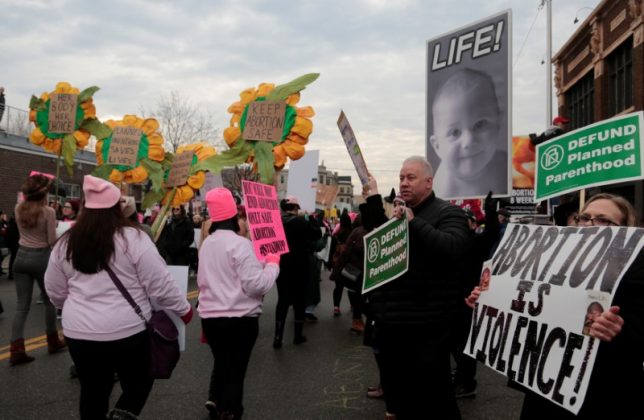 CLEVELAND (Reuters) – A federal judge on Wednesday blocked an Ohio law due to take effect later this month that would criminalize abortions based on a Down syndrome diagnosis, ruling that it violates a woman’s right to choose.

U.S. District Judge Timothy Black’s decision came after the Ohio state chapter of the American Civil Liberties Union filed a lawsuit in federal court in Cincinnati, arguing the legislation violated the liberty and privacy clause of the Fourteenth Amendment of the U.S. Constitution.

“Because H.B. 214 prevents women from making the choice to terminate their pregnancy prior to viability, it is unconstitutional on its face,” Black wrote in his 22-page ruling.

Down syndrome is a genetic disorder caused when abnormal cell division results in an extra full or partial copy of chromosome 21.

Under the legislation, signed into law by Republican Governor John Kasich last December, doctors would lose their medical licenses in the state and face a fourth-degree felony charge if they were to perform an abortion with that knowledge.

Mothers would not face criminal charges.

“The Down syndrome abortion ban violates four and a half decades of legal precedent that says a woman has the unfettered right to choose whether to end a pregnancy before the point of viability,” Kellie Copeland, executive director of NARAL Pro-Choice Ohio said in a statement.

A spokesman for Ohio Attorney General Mike DeWine said Wednesday that his office was planning to defend the law passed by the state’s majority of Republican lawmakers.

“While we are reviewing this ruling to determine further action, the Ohio Attorney General’s Office will continue to vigorously defend Ohio law,” spokesman Dan Tierney said.

The Ohio law marks the 20th restriction on abortion and reproductive rights signed by Kasich since 2011, according to NARAL Pro-Choice Ohio.

Similar laws have been passed in Indiana and North Dakota. An Indiana District Court issued a permanent injunction on a similar Down syndrome abortion ban on Sept. 22, 2017.

(Reporting by Kim Palmer in Cleveland; Editing by Dan Whitcomb and Lisa Shumaker)