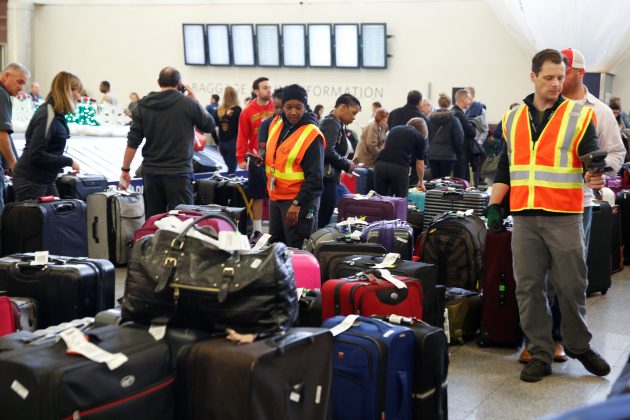 The airport lost power on Sunday morning after what Georgia Power <GPJA.N> believes was an equipment failure and subsequent fire in an underground electrical facility. Power for essential activities was restored by 11.45 p.m., the utility company said.