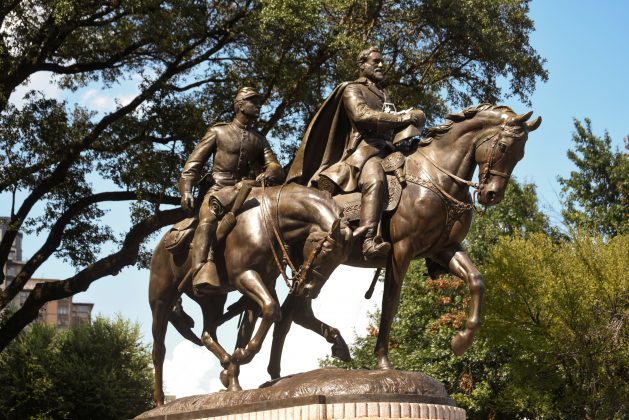 (Reuters) – A city commission in southern Florida on Wednesday voted to remove the names of three Confederate generals from city streets, in response to a community campaign begun months before the violence in Charlottesville, Virginia.

The officials voted 5-1 to drop the names of Forrest, Hood and Lee streets in Hollywood, Florida, located about 20 miles (32 km) north of Miami, the Miami Herald newspaper said.

“This is about what the meaning of community is,” it quoted Mayor Josh Levy as saying. “We don’t endorse hate. We don’t endorse symbols of hate. What hurts you, hurts me. It should hurt all of us.”

Local and state leaders across the country have taken similar action after an Aug. 12 rally in Charlottesville by white nationalists opposed to plans to move a Lee statue turned deadly when a man crashed a car into counter-protesters, killing a woman.

Dozens of citizens and politicians spoke at a marathon city commission meeting in Hollywood, with most backing the change, including Democratic Congresswoman Debbie Wasserman Shultz.

Although the city’s review of street names began before the Charlottesville clashes they have imbued it with a fresh significance.

The action came the night after a San Antonio school board voted to change the name of its Robert E. Lee High School, citing the violence in Charlottesville as the impetus.

Tuesday night’s unanimous action was taken by the same board that opted two years ago not to change the 59-year-old high school’s name. Several board members said the nation’s attitude toward symbols of the pro-slavery Confederacy had shifted.

“Our basis for this decision is the safety and security of the campus community,” UNC-CH Chancellor Carol Folt said in a statement.

Strong sentiment on the subject is highlighted by comments from a Georgia state lawmaker this week, who said people calling for the removal of Confederate monuments could “go missing” in a swamp if they visited the district he represented.

Representative Jason Spencer, who is white, posted the comment during a Facebook exchange with former state Representative LaDawn Jones, who is black, a screen grab on the Atlanta Journal-Constitution’s website showed.