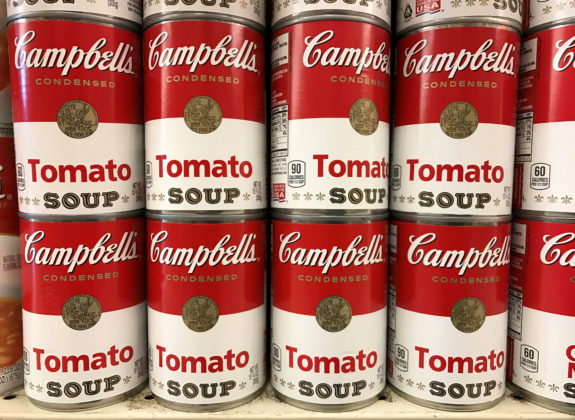 WASHINGTON (Reuters) -U.S. consumer prices increased solidly in September as Americans paid more for food, rent and a range of other goods, putting pressure on the Biden administration to urgently resolve strained supply chains, which are hampering economic growth.

With prices likely to rise further in the months ahead following a recent surge in the costs of energy products, the report from the Labor Department on Wednesday could test Federal Reserve Chair Jerome Powell’s repeated assertion that high inflation is transitory. Powell and the White House have blamed supply chain bottlenecks for the high inflation.

Supply chains have been gummed up by robust demand as economies emerge from the COVID-19 pandemic. The coronavirus has caused a global shortage of workers needed to produce raw materials and move goods from factories to consumers.

“Today’s number, with food price inflation and shelter inflation moving higher, suggests growing pressure on consumers,” said Seema Shah, chief strategist at Principal Global Investors. “Keep in mind too that the recent rise in oil prices hasn’t yet fed through to the numbers – that’s still to come, while the renewed rise in car prices is also likely to drive inflation numbers higher in the coming months.”

The consumer price index rose 0.4% last month after climbing 0.3% in August. Food prices jumped 0.9% after increasing 0.4% in the prior month. Owners’ equivalent rent of primary residence, which is what a homeowner would receive from renting a home, increased 0.4% after gaining 0.3% in August.

Food and rents accounted for more than half of the increase in the CPI in September. Economists polled by Reuters had forecast the overall CPI would rise 0.3%.

In the 12 months through September, the CPI increased 5.4% after advancing 5.3% on a year-on-year basis in August.

Excluding the volatile food and energy components, the CPI climbed 0.2% after edging up 0.1% in August, the smallest gain in six months. In addition to rents, the co-called core CPI was lifted by a 1.3% increase in the cost of new motor vehicles, which marked the fifth straight month of gains above 1%.

A global semiconductor shortage has forced auto manufacturers to cut production. There were also increases in the prices of household furnishings and operations last month. Consumers also paid more for motor vehicle insurance.

But prices for airline fares and apparel as well as used cars and trucks all fell. The so-called core CPI rose 4.0% on a year-on-year basis last month, matching the gain in August.

Oil prices jumped on Monday to the highest levels in years amid a rebound in global demand after the pandemic. Though Brent crude futures fell on Wednesday, prices remained above $80 a barrel. Natural gas prices have also surged.

Expensive energy products would add to accelerating wage growth in exerting upward pressure on inflation. The government reported last week that average hourly earnings increased by the most in seven months on a year-on-year basis in September because of worker shortages.

With the number of people voluntarily quitting their jobs hitting a record high in August and at least 10.4 million unfilled positions, wage inflation is set to rise further.

“The right place to look for inflation is not just in the so-called inflation data itself, but also in the tighter labor market and associated wage growth,” said Andrew Hollenhorst, chief U.S. economist at Citigroup in New York.

September’s CPI report will have no impact on the Fed’s timeline to begin scaling back its massive monthly bond-buying program. The U.S. central bank signaled last month that it could start tapering its asset purchases as soon as November.

Economists expect that announcement will come at the Nov. 2-3 policy meeting.

“The central bank has already said that inflation has met the threshold for tapering, it’s the job market that hasn’t,” said Ryan Sweet, a senior economist at Moody’s Analytics in West Chester, Pennsylvania. “The CPI could garner a reaction in the bond market as it could alter market expectations for the timing of the first rate hike by the Fed, which in our opinion, is still far off on the horizon.”

The Fed’s preferred inflation measure for its flexible 2% target, the core personal consumption expenditures price index, increased 3.6% in the 12 months through August, rising by the same margin for a third straight month. September’s data will be published later this month.

The Fed last month upgraded its core PCE inflation projection for this year to 3.7% from 3.0% in June.

That, together with motor vehicle shortages, led economists to cut their gross domestic product estimates for the third quarter to as low as a 1.3% annualized rate from as high as a 7% pace. The International Monetary Fund on Tuesday slashed its 2021 U.S. growth forecast by a full percentage point, to 6.0% from 7.0% in July.