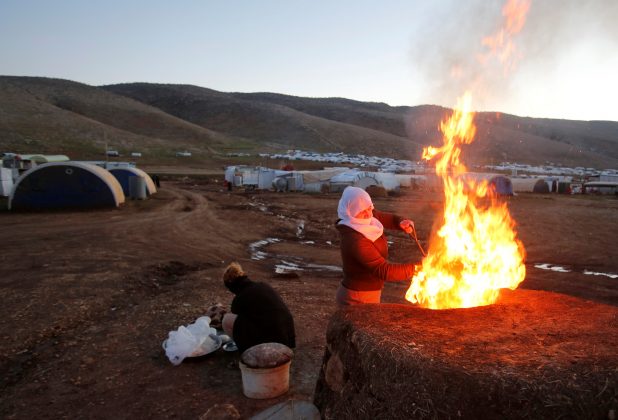 By Ayat Basma and Kawa Omar

SINJAR, Iraq (Reuters) – Ever since Islamic State visited death and destruction on their villages in northern Iraq nearly five years ago, Yazidis Daoud Ibrahim and Kocher Hassan have had trouble sleeping.

For Hassan, 39, who was captured, it is her three missing children, and three years of imprisonment at the hands of the jihadist group.

For Ibrahim, 42, who escaped, it is the mass grave that he returned to find on his ravaged land.

“They burnt one house down, blew up the other, they torched the olive trees two-three times…There is nothing left,” the father of eight told Reuters.

More than 3,000 other members of their minority sect were killed in 2014 in an onslaught that the United Nations described as genocidal. 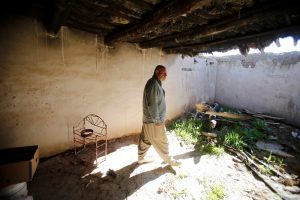 Ibrahim and Hassan lived to tell of their suffering, but like other survivors, they have not moved on.

She will never set foot in her village of Rambousi again. “My sons built that house. I can’t go back without them…Their school books are still there, their clothes,” she said.

‘THEY WANT TO BE BURIED’

As U.S. President Donald Trump prepares to announce the demise of the Islamist group in Syria and Iraq, U.N. data suggests many of those it displaced in the latter country have, like Hassan, not returned home.

Meanwhile, Ibrahim and his family live in a barn next to the pile of rubble that was once their home. He grows wheat because the olive trees will need years to grow again. No one is helping him rebuild, so he is doing it himself, brick by brick.

“Life is bad. There is no aid,” he said sitting on the edge of the collapsed roof which he frequently rummages under to find lost belongings. On this day, it was scarves, baby clothes and a photo album.

“Every day that I see this mass grave I get ten more gray hairs,” he said.

The grave, discovered in 2015 just outside nearby Sinjar city, contains the remains of more than 70 elderly women from the village of Kocho, residents say.

“I hear the cries of their spirits at the end of the night. They want to be buried, but the government won’t remove their remains.” They and their kin also want justice, Ibrahim adds.

When the militants came, thousands of Yazidis fled on foot towards Sinjar mountain. More than four years later, some 2,500 families – including Hassan and five of her daughters – still live in the tents that are scattered along the hills that weave their way towards the summit.

The grass is green on the meadows where children run after sheep and the women pick wild herbs.

But the peaceful setting masks deep-seated fears about the past and the future. 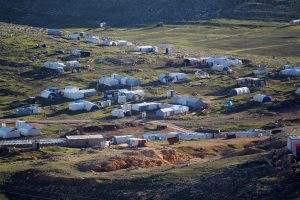 GRATEFUL FOR THE SUN

Until a year and a half ago, Hassan and five of her children were kept in an underground prison in Raqqa with little food and in constant fear of torture.

She doesn’t know why Islamic State freed her and the girls, then aged one to six, and hasn’t learned the fate of the three remaining children: two boys Fares and Firas, who would be 23 and 19 now, and Aveen, a girl who would be 13.

There is no electricity or running water in the camp where they live today. She doesn’t remember when her children last ate fruit. “Life here is very difficult but I thank God that we are able to see the sun,” she said.

During the day, her children go to school and are happy, but at night “they are afraid of their own shadow”, and she herself has nightmares.

“Last night, I dreamt they were slaughtering my child,” she said.

Mahmoud Khalaf, her husband, says Islamic State not only destroyed their livelihoods. The group broke the trust between Yazidis and the communities of different faiths and ethnicities they had long lived alongside.

“There is no protection. Those who killed us and held us captive and tormented us have returned to their villages,” Khalaf, 40, said referring to the neighboring Sunni Arab villages who the Yazidis say conspired with the militants.

“We have no choice but to stay here…They are stronger than us.”