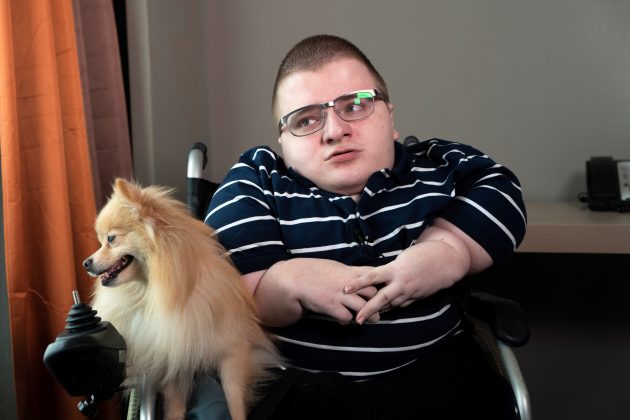 MANILA (Reuters) – The creator of a far-right online message board connected to three mass shootings that killed dozens of people has described himself as “naive and ignorant”, likening the platform 8chan to Frankenstein’s monster, with no limit to its extremism.

Fredrick Brennan, 25, who lives in the Philippines, said the free-wheeling web board he created in 2013 had become a hive of white supremacy, anonymous hate, and Neo-Nazism since he sold it to a fellow American, and said he felt a sense of guilt, “sometimes”.

“If I could go back and not create 8chan at all, I probably would,” he told Reuters in an interview.

U.S. cyber security firm Cloudflare has terminated 8chan as a customer, after a gunman whom authorities believe had posted on 8chan about a “Hispanic invasion” killed 22 people on Saturday at a Walmart store in El Paso, Texas.

The site was also used by a shooter who in March attacked two mosques in Christchurch, New Zealand, killing 51 people and providing inspiration for a shooting a month later of a man at a synagogue in Poway, California.

“It’s gotten to a point where if a mass shooter wants to go to a killing spree, they choose 8chan to post their manifesto,” Brennan said.

“It seems there’s nowhere else to go in terms of how extreme it is.”

Brennan agreed to media interviews because he had hoped to stop 8chan. However, he said the El Paso shooting was the turning-point, rather than the deadlier New Zealand attack.

“I did not call for it to be shut down like I’m calling for it now,” he said.

The site’s owner, army veteran Jim Watkins, is also based in the Philippines. Reuters made repeated attempts to reach Watkins, without success.

Asked if he had attempted to reach law enforcement authorities to warn them about the dangers of 8chan, Brennan said: “If the PNP (Philippine National Police) wants to talk to me, no problem at all. I will tell them anything I know.”

The PNP on Monday said it was investigating 8chan.

Brennan said he had no qualms about selling 8chan to Watkins who seemed liberal, fun-loving and “pretty chill”. He said he stopped communicating with Watkins after his character changed and he became “a rabid conservative” supporter of U.S. President Donald Trump.

Brennan said he sold the site for both financial reasons and after being overwhelmed as its administrator and having to deal with child pornography, which he had wanted to ban.

“It was getting so difficult to try to control. It’s like letting the mental patients run the asylum,” he said.

“I was having too much mental stress dealing with it.”

He added: “It was pretty difficult to be 8chan’s administrator so there is some sympathy I have for them. Of course, that sympathy has its limits.”

Brennan said he had contacted El Paso police offering help in confirming the shooter’s manifesto, based on 8chan archives.

“Whenever there’s a shooting and the details are still fuzzy, I am always worried there’s gonna be an 8chan connection,” he said.