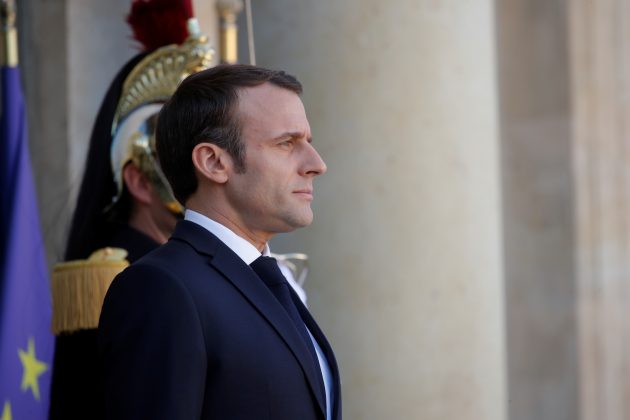 French President Emmanuel Macron waits for the arrival of a guest at the Elysee Palace in Paris, France, February 25, 2019. REUTERS/Philippe Wojazer

PARIS (Reuters) – French President Emmmanuel Macron on Monday welcomed the United States’ decision to leave American troops in Syria, a reversal by U.S. President Donald Trump that came after an outcry from coalition allies such as France.

“On the U.S. decision, I can only but welcome this choice,” Macron told a news conference with his Iraqi counterpart Barham Salih. “The U.S. decision is a good thing. We will continue to operate in the region within the coalition.”

In December, Trump ordered the withdrawal of all 2,000 troops in Syria after he said they had defeated Islamic State militants, an abrupt decision that sparked consternation among allies and was a factor in his defense secretary’s resignation.

Macron had personally sought to convince Trump to maintain troops in Syria, French diplomats said at the time, warning him about the risks of pulling out too early.