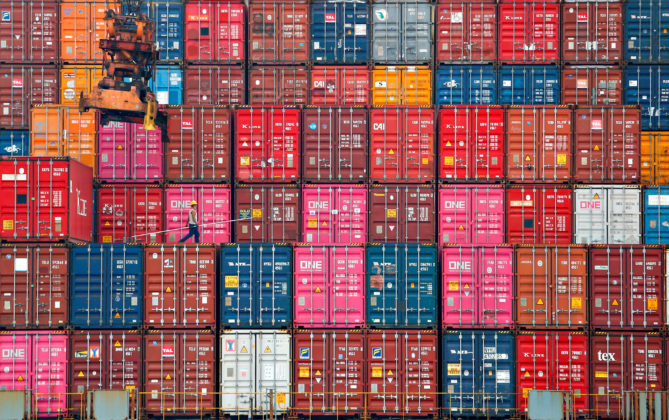 By Michael Nienaber and Andrea Shalal

BERLIN/WASHINGTON/ROME (Reuters) – The world’s financial leaders are expected on Friday to agree to continue supportive measures for the global economy and look to boost the International Monetary Fund’s resources so it can help poorer countries fight off the effects of the pandemic.

Finance ministers and central bank governors of the world’s top 20 economies, called the G20, held a video-conference on Friday. The global response to the economic havoc wreaked by the coronavirus was at top of the agenda.

In the first comments by a participating policymaker, the European Union’s economics commissioner Paolo Gentiloni said the meeting had been “good,” with consensus on the need for a common effort on global COVID vaccinations.

“Avoid premature withdrawal of supportive fiscal policy” and “progress towards agreement on digital and minimal taxation” he said in a Tweet, signaling other areas of apparent accord.

The meeting comes as the United States is readying $1.9 trillion in fiscal stimulus and the European Union has already put together more than 3 trillion euros ($3.63 trillion) to keep its economies going despite COVID-19 lockdowns.

But despite the large sums, problems with the global rollout of vaccines and the emergence of new variants of the coronavirus mean the future of the recovery remains uncertain.

German Finance Minister Olaf Scholz warned earlier on Friday that recovery was taking longer than expected and it was too early to roll back support.

“Contrary to what had been hoped for, we cannot speak of a full recovery yet. For us in the G20 talks, the central task remains to lead our countries through the severe crisis,” Scholz told reporters ahead of the virtual meeting.

“We must not scale back the support programs too early and too quickly. That’s what I’m also going to campaign for among my G20 colleagues today,” he said.

Hopes for constructive discussions at the meeting are high among G20 countries because it is the first since Joe Biden, who vowed to rebuild cooperation in international bodies, became U.S. president.

While the IMF sees the U.S. economy returning to pre-crisis levels at the end of this year, it may take Europe until the middle of 2022 to reach that point.

The recovery is fragile elsewhere too – factory activity in China grew at the slowest pace in five months in January, hit by a wave of domestic coronavirus infections, and in Japan fourth quarter growth slowed from the previous quarter with new lockdowns clouding the outlook.

“The initially hoped-for V-shaped recovery is now increasingly looking rather more like a long U-shaped recovery. That is why the stabilization measures in almost all G20 states have to be maintained in order to continue supporting the economy,” a G20 official said.

But while the richest economies can afford to stimulate an economic recovery by borrowing more on the market, poorer ones would benefit from being able to tap credit lines from the IMF — the global lender of last resort.

To give itself more firepower, the Fund proposed last year to increase its war chest by $500 billion in the IMF’s own currency called the Special Drawing Rights (SDR), but the idea was blocked by then U.S. President Donald Trump.

Scholz said the change of administration in Washington on Jan. 20 improved the prospects for more IMF resources. He pointed to a letter sent by U.S. Treasury Secretary Janet Yellen to G20 colleagues on Thursday, which he described as a positive sign also for efforts to reform global tax rules.

Civil society groups, religious leaders and some Democratic lawmakers in the U.S. Congress have called for a much larger allocation of IMF resources, of $3 trillion, but sources familiar with the matter said they viewed such a large move as unlikely for now.

The G20 may also agree to extend a suspension of debt servicing for poorest countries by another six months.