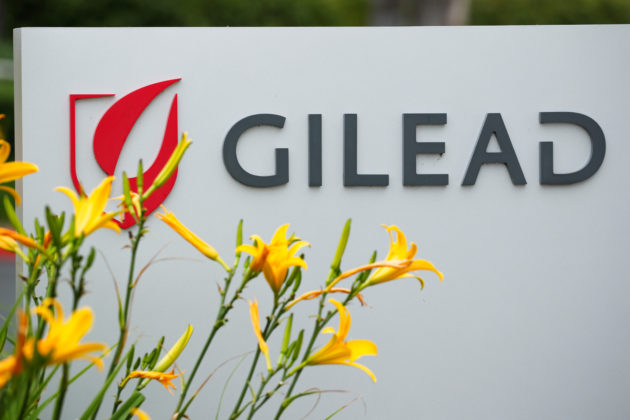 (Reuters) – Gilead Sciences Inc will acquire biotech company Immunomedics Inc for $21 billion, a move that will strengthen its cancer portfolio by gaining access to a promising drug, the two companies said in a joint statement on Sunday.

The deal will give Gilead access to Immunomedics’ breast cancer treatment drug Trodelvy, which was granted an accelerated FDA approval in April for an aggressive and tough to treat type of breast cancer.

Gilead said it would issue a tender offer to buy all the outstanding shares of Immunomedics for $88 per share, representing a premium of about 108% over their last closing price of $42.25 on Friday.

“This acquisition represents significant progress in Gilead’s work to build a strong and diverse oncology portfolio,” Gilead Chief Executive Officer Daniel O’Day said in a statement. “Trodelvy is an approved, transformational medicine for a form of cancer that is particularly challenging to treat. We will now continue to explore its potential to treat many other types of cancer.”

Immunomedics is also on track to file for regulatory approval for Trodelvy in Europe in the first half of 2021, according to the statement.

The deal – and a separate transaction between Merck & Co and Seattle Genetics’s announced on Monday – was a sign of renewed confidence in an approach in oncology to pair antibodies with toxic agents to fight cancer.

Immunomedics’ Trodelvy is a so-called antibody-drug conjugates, or ADC, a class described by researchers as “guided missiles” that zero in on tumors to release cytotoxins that deliver up to 10,000 times the potency of standard chemotherapy, while minimizing damage to healthy tissue.

Merck, for its part, struck a deal with Seattle Genetics worth up to $4.2 billion, comprising stock purchases, an upfront payment and milestone rewards, to collaborate with the partner on two ADCs against breast cancer and other tumors.

In previous landmark deals for the field, AstraZeneca last year committed up to $7 billion for rights to Daiichi Sankyo’s Enhertu, another breast-cancer targeted ADC. It followed up in July with a deal worth up to $6 billion for DS-1062, another ADC developed by the Japanese drugmaker.

Trodelvy targets triple-negative breast cancer that has spread to other organs. Both aggressive and tough to treat, those tumor types account for 15-20% of breast cancers, lacking three genetic characteristics for which there are more treatment options.

Gilead’s offer will be funded with $15 billion in cash on hand, and through $6 billion in newly issued debt, according to the drugmaker.

The transaction is expected to close in the fourth quarter of 2020, the companies said.

The acquisition of Immunomedics is the latest of the several Gilead inked this year with the aim of expanding its oncology portfolio.

It bought a 49.9% stake in cancer drug developer Pionyr Immunotherapeutics in June for $275 million, just months after paying $4.9 billion for Forty Seven Inc, maker of an experimental treatment that targets blood cancer.