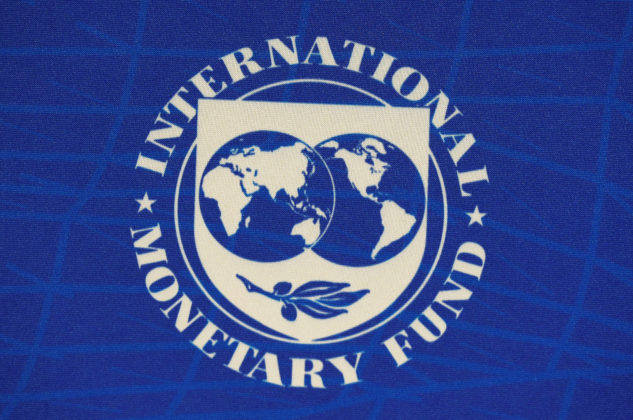 FILE PHOTO: The logo of the International Monetary Fund (IMF), is seen during a news conference in Santiago, Chile, July 23, 2019. REUTERS/Rodrigo Garrido/File Photo

WASHINGTON (Reuters) – The global economic outlook is not quite as dark as expected even just three months ago, a top International Monetary Fund official said on Thursday, citing better-than-anticipated economic data from China and other advanced economies.

However, IMF spokesman Gerry Rice told reporters the overall global outlook remained challenging as a result of the coronavirus pandemic and its impact on many economic sectors.

The situation remained “precarious” in many developing countries and emerging markets other than China, he said, noting that the IMF was also concerned about rising debt levels.

The IMF is due to release its latest World Economic Outlook on Oct. 13. In June, it slashed its 2020 global output forecasts further, forecasting the global economy would shrink by 4.9%, compared with a 3.0% contraction predicted in April.

Rice gave no fresh numbers, but said recent data from China and other advanced economies was better than expected.

“Recent incoming data suggests that the outlook may be somewhat less dire than at the time of the WEO update on June 24, with parts of the global economy beginning to turn the corner,” he told a regular briefing.

There were also signs that global trade was slowly beginning to recover after widespread lockdowns aimed at containing the spread of the virus, Rice said.

“But I would emphasize that we are not out of the woods, and the outlook remains very challenging, especially for many emerging markets and developing countries, other than China,” he said, noting that many of those countries faced continued weakness in domestic demand, lower export demand, shrinking remittances and declines in tourism.

“Taken together, we are very concerned that this crisis will reverse the gains in poverty reduction that have been made in recent years, and roll back progress that has been made toward the Sustainable Development Goals,” he said, referring to ambitious goals set out by the United Nations five years ago to end poverty and inequality.

(Reporting by Andrea Shalal in Washington; Editing by Matthew Lewis)