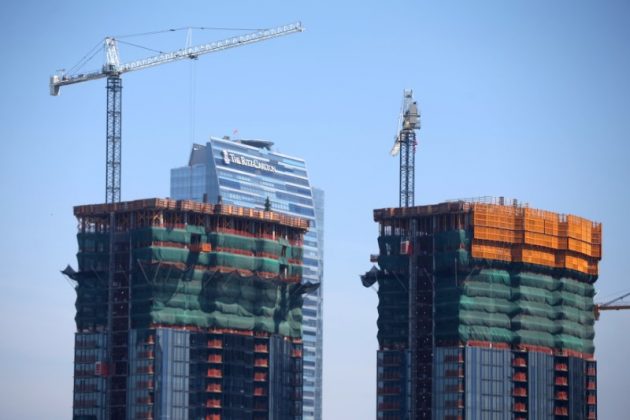 PARIS (Reuters) – The global economy is on course this year for its fastest growth in six years as a rebound in trade helps offset a weaker outlook in the United States, the OECD forecast on Wednesday.

The global economy is set to grow 3.5 percent this year before nudging up to 3.6 percent in 2018, the Paris-based Organisation for Economic Cooperation and Development said, updating its forecasts in its latest Economic Outlook.

That estimate for 2017 was not only a slight improvement from its last estimate in March for 3.3 percent growth, but it would also be the best performance since 2011.

“Everything is relative. What I would not like us to do is celebrate the fact that we’re moving from very bad to mediocre,” Gurria told Reuters in an interview.

“It doesn’t mean that we have to get used to it or live with it. We have to continue to strive to do better,” he added.

While recovering trade and investment flows were supporting the improving economic outlook, Gurria said barriers in the form of protectionism and regulations needed to be lifted to ensure stronger growth.

The improvement would also not be enough to satisfy people’s expectations for better standards of living and reduce growing income inequality, he said.

The OECD saw an improved global outlook even though it downgraded its estimates for the United States, despite a weaker dollar boosting exports and tax cuts supporting household spending and business investment.

The OECD forecast U.S. growth of 2.1 percent this year and 2.4 percent next year, down from estimates in March of 2.4 percent and 2.8 percent, respectively.

The weaker U.S. outlook was offset by slightly improved perspectives for the euro zone, Japan and China.

Boosted by firmer German growth, the euro zone economy was seen growing 1.8 percent both this and next year, up from 1.6 percent for both years.

Lifted by improving international trade in Asia and fiscal stimulus, Japanese growth was seen at 1.4 percent this year before slowing to 1.0 percent next year, both slightly raised from the OECD’s March estimates of 1.2 percent and 0.8 percent respectively.

The OECD also marginally nudged up its estimates for growth in China to 6.6 percent this year and 6.4 percent in 2018, boosted by stimulus spending.

That in turn was supporting strong imports and helping to fuel a revival in Asian trade. As a result, global trade volumes were seen growing 4.6 percent this year, nearly double the rate seen in 2016.

Among the risks to the OECD’s outlook, it warned that the growing divergence between monetary policy rates among the major central banks raised the chances for financial market volatility.

The OECD also saw a potential for “swift snap-back” in U.S. long-term interest rates when the Federal Reserve decides to reduce the size of its balance sheet, especially if it comes at a time of rising policy rates.