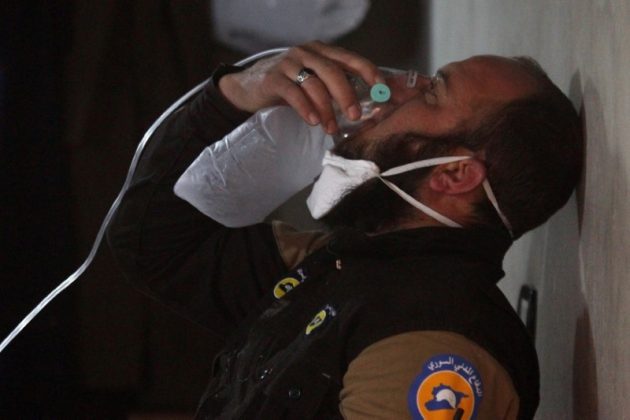 UNITED NATIONS (Reuters) – An international inquiry aims to report by October on who was to blame for a deadly sarin gas attack in Syria in April, the head of the probe said on Thursday, as he appealed for countries to back off and stop telling investigators how to do their work.

While Edmond Mulet, head of the joint United Nations and Organisation for the Prohibition of Chemical Weapons (OPCW) inquiry, did not name any countries, diplomats said Russia regularly pressured the investigators.

“We do receive, unfortunately, direct and indirect messages all the time, from many sides, telling us how to do our work,” Mulet told reporters after briefing the U.N. Security Council.

“Some of those messages are very clearly saying if we don’t do our work according to them … they will not accept the conclusions,” he said. “I appeal to all … let us perform our work in an impartial, independent and professional manner,” he said, adding the results would be presented in October.

Syrian-ally Russia has publicly questioned the work of the inquiry, which was created by the Security Council in 2015, and said the findings cannot be used to take U.N. action and that the Syrian government should investigate the accusations.

The inquiry has so far blamed Syrian government forces for three chlorine gas attacks in 2014 and 2015 and Islamic State militants used mustard gas in 2015. In response to those findings Western powers tried to impose U.N. sanctions on Syria in February but this effort was blocked by Russia and China.

Investigators are currently looking at two cases – the exposure of two Syrian women to sulfur mustard in an apparent attack in Um Hosh, Aleppo last September and a deadly April 4 sarin attack in the town of Khan Sheikhoun that prompted the United States to launch missile strikes on a Syrian air base.

In both cases an OPCW fact finding mission has already determined that chemical weapons were used. Western governments have blamed the Syrian government for the Khan Sheikhoun attack, which killed dozens of people. Syria has denied any involvement.

Syria agreed to destroy its chemical weapons in 2013 under a deal brokered by Russia and the United States.