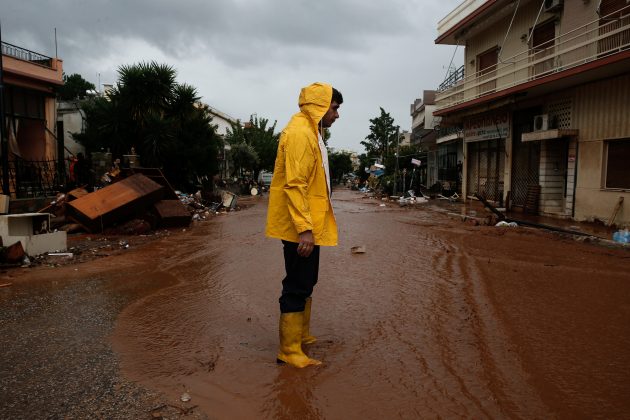 ATHENS (Reuters) – Greece said on Monday it would offer emergency compensation worth millions of euros to hundreds of households affected by flash flooding west of Athens that killed at least 20 people on Nov. 15.

Hundreds of homes and businesses were extensively damaged in the coastal towns of Mandra and Nea Peramos when a torrent of mud and water smashed into the settlements, built along dry gullies on the foothills of a mountain range.

Twenty people died and two remain missing from the early-morning deluge, the worst casualty toll from flooding since 1977 when more than 30 people died.

The disaster has prompted recriminations and finger-pointing over a perceived inability of Greek authorities to act on prior warnings that areas with poor infrastructure and unlicensed construction were vulnerable to flooding. Critics also asked why flood prevention projects had been delayed.

Authorities will offer flood victims up to 5,000 euros ($5,896.50) for households and 8,000 euros for businesses, government spokesman Dimitris Tzanakopoulos said.

It was not immediately clear how much the state had budgeted for compensation. Tzanakopoulos told Reuters the amount would come from the national budget.

That assistance would be over and above compensation residents were entitled to, comprised of 60 percent government aid and 40 percent interest-free loan, he said.

The flash flooding hit many areas of the country, including housing settlements where town planning regulations are often flouted.