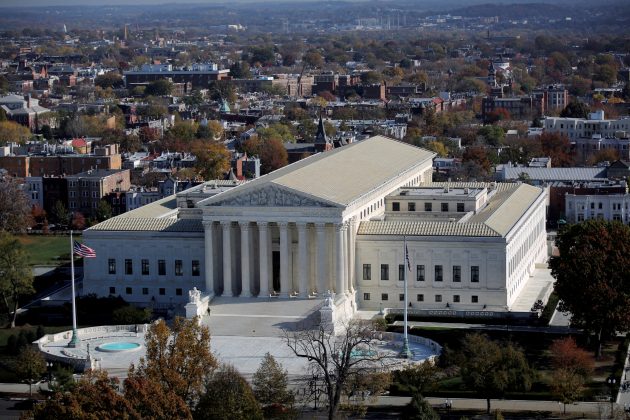 WASHINGTON (Reuters) – The state of Hawaii and the American Civil Liberties Union on Tuesday urged the U.S. Supreme Court not to allow President Donald Trump’s latest travel ban that would bar entry of people from six Muslim-majority countries to go into full effect after it was partially blocked by lower courts.

Lawyers for the Democratic-governed state and the civil liberties group, pursuing separate legal challenges to the ban, were responding to the Trump administration’s request last week that the conservative-majority court allow the ban to go into effect completely while litigation over the policy continues.

Both sets of challengers said the latest ban, Trump’s third, discriminates against Muslims in violation of the U.S. Constitution and is not permissible under immigration laws.

The Republican president has said the travel ban is needed to protect the United States from terrorism by Muslim militants. As a candidate, Trump had promised “a total and complete shutdown of Muslims entering the United States.”

In the ACLU court filing, its lawyers said the administrative process that led to the latest ban “does not wipe away the history of the president’s efforts to ban Muslims, especially given the remarkable similarity between the current ban and its predecessors.”

On Nov. 13, the San Francisco-based 9th U.S. Circuit Court of Appeals allowed the ban to go partly into effect while the litigation continued, lifting part of a Hawaii-based district court judge’s nationwide injunction.

Separately, a judge in Maryland partly blocked the ban on similar lines in the case spearheaded by the ACLU.

The Trump administration asked the U.S. Supreme Court to intervene in both cases. The high court could act at any time.

Whatever the Supreme Court decides, the two cases will continue in lower courts. The 9th Circuit and the Richmond, Virginia-based 4th U.S. Circuit Court of Appeals both are due to hear oral arguments on the merits of the challenges next week.

Trump’s ban was announced on Sept. 24 and replaced two previous versions that had been impeded by federal courts.

The ban also covers people from North Korea and certain government officials from Venezuela, and lower courts have allowed those provisions to go into effect.