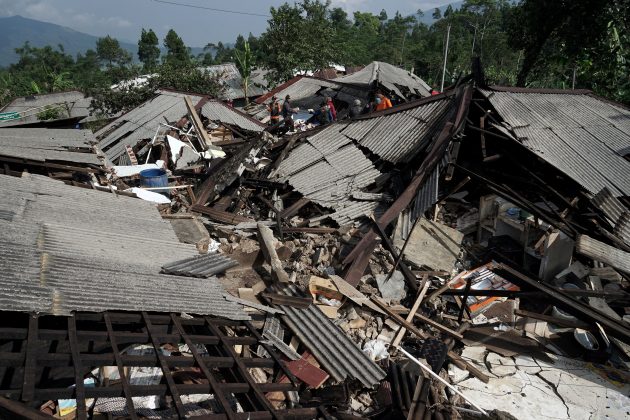 “Victims were killed or injured by falling buildings,” the national rescue agency said in a statement. “People are being treated in hospital or have been evacuated to temporary shelters.”

Quakes are common in Indonesia, which straddles the Pacific “Ring of Fire”, a hot spot for seismic activity due to friction between tectonic plates.