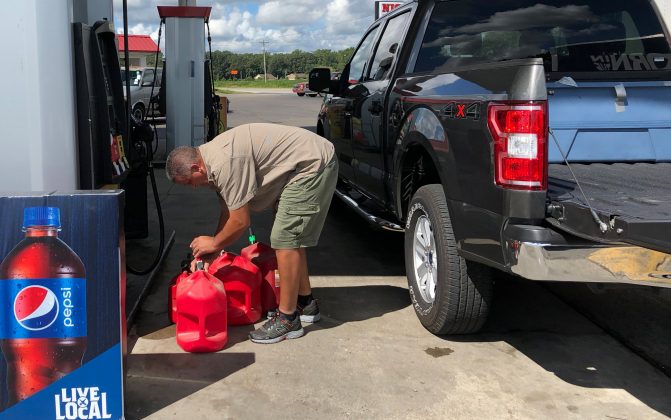 HOLDEN BEACH, N.C. (Reuters) – More than 1 million people were ordered to evacuate their homes along the U.S. southeast coast as Hurricane Florence, the most powerful storm to threaten the Carolinas in nearly three decades, barreled closer on Tuesday.

Florence, a Category 4 storm with winds of 130 miles per hour (210 kph), was expected to make landfall on Friday, most likely in North Carolina near the South Carolina border, the National Hurricane Center in Miami said.

U.S. President Donald Trump on Tuesday signed declarations of emergency for both North Carolina and South Carolina, freeing up federal money and resources for storm response.

“We are planning for devastation.”

The slow-moving storm was about 905 miles (1,455 km) east-southeast of Cape Fear, North Carolina, at 11 a.m. EDT, according to the NHC, which warned the storm was expected to strengthen with life-threatening storm surge possible along the coasts of North and South Carolina.

Residents boarded up their homes and stripped grocery stores bare of food, water and supplies. The South Carolina Highway Patrol sent “flush cars” eastbound on major highways to clear traffic before reversing lanes on major roadways to speed the evacuation.

“This is still a very dangerous storm. We must take it very seriously,” South Carolina Governor Henry McMaster said at a Tuesday news conference. “We are in a very deadly and important game of chess with Hurricane Florence.”

McMaster lifted an earlier evacuation order for parts of three southern coastal counties – Jasper, Beaufort and Colleton – but left them in effect for the state’s northern coast and urged residents to flee.

Duke University in Durham, North Carolina, said classes would be canceled after 5 p.m. on Wednesday, joining other colleges in the state making similar plans. 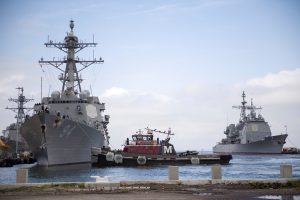 In addition to flooding the coast with wind-driven storm surges of seawater as high as 12 feet (3.7 m), Florence could drop 20 inches to as much as 30 inches (51 cm to 76 cm) of rain in places, posing the risk of deadly flooding miles inland, forecasters said. They warned the storm could linger for days after making landfall.

At least 250,000 more people were due to be evacuated from the northern Outer Banks barrier islands in North Carolina on Tuesday.

Vance McGougan, 57, of Fayetteville, North Carolina, and his family did not wait for the noon deadline to evacuate a rented house at Holden Beach, about two hours away.

“We had already decided … that it was prudent for us to get on the road,” McGougan said.

Two years ago, when Hurricane Matthew crossed Fayetteville, McGougan said his house was without power for five days.