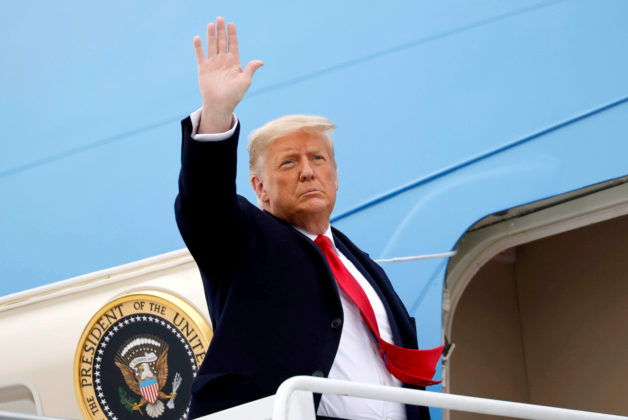 “This week, we inaugurate a new administration and pray for its success in keeping America safe and prosperous,” the Republican president said in the video remarks. “We extend our best wishes, and we also want them to have luck – a very important word.”

In the recorded remarks Trump sought to highlight aspects of his presidency.

“We did what we came here to do, and so much more,” he said. “I took on the tough battles, the hardest fights, the most difficult choices – because that’s what you elected me to do.”

“We revitalized our alliances and rallied the nations of the world to stand up to China like never before,” he said. “I am especially proud to be the first president in decades who has started no new wars.”

Trump acknowledged the Capitol riots. “All Americans were horrified by the assault on our Capitol. Political violence is an attack on everything we cherish as Americans. It can never be tolerated,” he said.

“Now, as I prepare to hand power over to a new administration at noon on Wednesday, I want you to know that the movement we started is only just beginning,” Trump said.

“I go from this majestic place with a loyal and joyful heart and optimistic spirit, and a supreme confidence that for our country and for our children, the best is yet to come.”