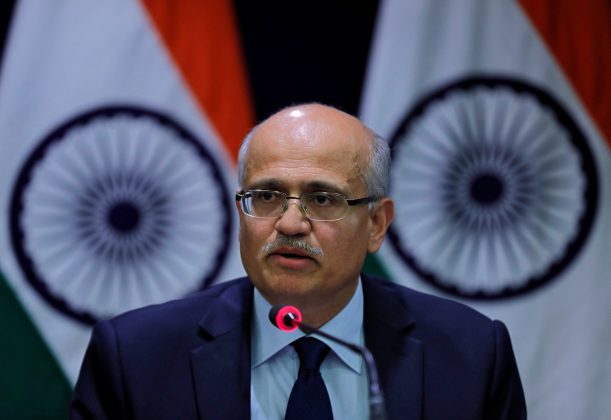 Pakistan said it would respond at a time and place of its choice, with a military spokesman even India said its warplanes killed “a very large number” of fighters when they struck a militant training camp inside Pakistan on Tuesday, raising the risk of conflict between the nuclear-armed neighbors, although Pakistan officials denied there had been casualties. alluding to its nuclear arsenal, highlighting the escalation in hostile rhetoric from both two sides since a suicide bombing in Kashmir this month.

The spokesman said a command and control authority meeting, which decides over the use of nuclear weapons, had been convened for Wednesday, adding: “You all know what that means.”

The air strike near Balakot, a town 50 km (30 miles) from the frontier, was the deepest cross-border raid launched by India since the last of its three wars with Pakistan in 1971 but there were competing claims about the damage it caused.

The Indian government, facing an election in the coming months, said the air strikes hit a training camp belonging to Jaish-e-Mohammad (JeM), the group that claimed the suicide car bomb attack that killed at least 40 Indian paramilitary police in Kashmir on Feb. 14.

Foreign Secretary Vijay Gokhale said “a very large number” of militants were killed in the strikes in northeast Pakistan.

“The existence of such training facilities, capable of training hundreds of jihadis, could not have functioned without the knowledge of the Pakistani authorities,” Gokhale said. Pakistan denies harboring JeM.

A senior Indian government source said that 300 militants had been killed in the strikes and that the warplanes had ventured as far as 80 km (50 miles) inside Pakistan. But no evidence was provided to back up the claims of casualties.

The government said the action was ordered as India said it had intelligence that Jaish was planning more attacks.

Pakistani officials dismissed the Indian claims, saying the Indian aircraft had dropped their bombs in a wooded area, causing no damage or casualties.

Villagers near the town of Balakot were shaken from their sleep by the air strikes. They said only one person was wounded in the attack and they knew of no fatalities.

“We saw fallen trees and one damaged house, and four craters where the bombs had fallen,” said Mohammad Ajmal, a 25-year-old who visited the site.

A resident, who did not want to give his name, said there was a nearby madrasa Islamic college run by Jaish, though most villagers were guarded in talking about any militant neighbors.

JeM is a primarily anti-India group that forged ties with al Qaeda and has been on a U.N. terrorist list since 2001. In December 2001, Jaish fighters, along with members of another Pakistan-based militant group, Lashkar-e-Taiba, attacked India’s parliament, which almost led to a fourth war.

There has been mounting impatience in India to avenge the Feb. 14 attack, which was the most deadly seen in Kashmir during an insurgency that has last three decades, and as news of the raid broke, celebrations erupted across the country.

“I want to assure you our country is in safe hands,” Prime Minister Narendra Modi said to cheers at a rally in western India hours after the raid. “I won’t let the country down.”

Pakistan’s top civilian and military leaders rejected India’s comments that it had struck a “terrorist camp” inside Pakistan, warning that they would retaliate.

Indian Foreign Minister Sushma Swaraj said she had spoken to U.S. Secretary of State Mike Pompeo and Indian diplomats met foreign ambassadors to assure them no escalation was planned.

But as fears grew that the conflict could escalate, hospitals in Pakistan’s Khyber Pakhtunkhwa province were ordered to set a quarter of beds aside for “a national cause”, officials said.

“We put all hospitals in the province on high alert due to the present situation on the border with India and issued directives to all heads of the hospitals to be prepared for any sort of emergency,” provincial secretary health Dr Farooq Jameel told Reuters.

Indian and Pakistan troops exchanged gunfire along several sectors of their contested border in Kashmir later on Tuesday and local officials on the Pakistani side said at least four people had been killed and seven wounded.

Giving the Pakistan military’s account of the Indian incursion, spokesman Major General Asif Ghafoor said Pakistani aircraft were patrolling and identified Indian jets on the Indian side of the border near Okara and Lahore in Punjab as well as Muzaffarabad where they crossed and were engaged. They left Pakistani airspace after only four minutes.

He denied the incursion had caused any damage, saying there was no debris, “not even a single brick” and no casualties.

“You have proved you are not a democracy, you have chosen the path of war,” he said, addressing his remarks to India.