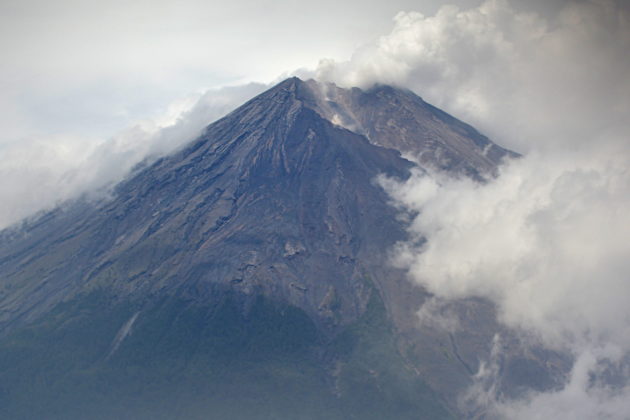 By Willy Kurniawan and Tommy Adriansyah

Mt. Semeru, the tallest mountain on the island of Java, erupted dramatically on Saturday, shooting a towering column of ash into the sky that blanketed surrounding villages.

Aerial footage showed roofs jutting out of an ashen landscape, while on the ground, military officers, police and residents dug through mud with their hands to pull out victims.

The death toll had risen to 22 by Monday, while 27 were missing, Indonesia’s disaster mitigation agency said.

“Semeru is one of the most active volcanoes in Indonesia. Before and after the December 4 eruption, it will continue to be active,” Liswanto, the head of the Semeru Volcano Observatory, told Reuters.

Some residents returned to their homes to check on belongings and livestock, but Liswanto urged people to keep a safe distance.

“People need to be more vigilant because the potential threat is still there,” he added.

In the Sumberwuluh area, rescue teams battled poor weather to retrieve victims from the rubble.

“The main obstacle is the weather… Hopefully the weather going forward will be good enough to make it easier for us to search,” Wuryanto, operations director of the national search and rescue agency (Basarnas), told reporters.

People have posted photos of missing loved ones on Facebook, with pleas for any information about their whereabouts.

Complicating logistics and rescue efforts, lava flows from Saturday’s eruption destroyed a bridge connecting two areas in the district of Lumajang with the city of Malang.

Public kitchens and health facilities have been set up for more than 1,700 people who have been displaced.

Semeru is one of more than 100 active volcanoes in Indonesia, a country that straddles the Pacific Ring of Fire, an area of high seismic activity that rests atop multiple tectonic plates.