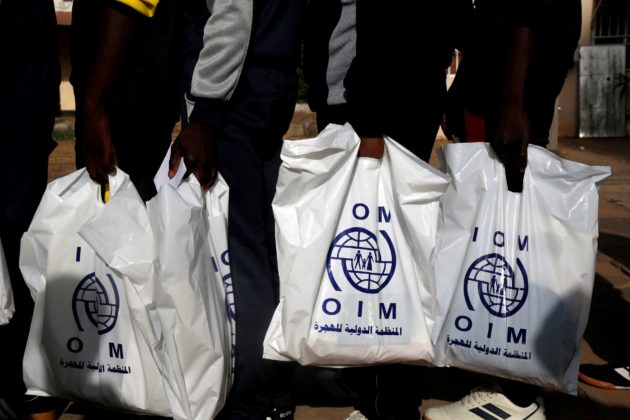 JUBA (Reuters) – The U.N. migration agency has suspended some screening services for Ebola after three of its aid workers were killed in South Sudan, the latest deadly incident involving relief staff in the violence-ridden country.

In a statement, the International Organization for Migration said the workers – two men and one woman – were hit by crossfire during clashes between rival armed groups in the country’s central Equatoria region.

It said the IOM had stopped screening for Ebola at five border points between South Sudan, Uganda and Democratic Republic of Congo, where an ongoing outbreak of the haemorraghic fever has killed thousands of people.

The dead woman’s four-year-old son was abducted along with another local female IOM volunteer during the armed clash, the IOM said. Two other male volunteers were injured, including one who is recovering from a gunshot wound.

Humanitarian workers are often targeted by rebels operating in South Sudan, which has been in the grip of war that first broke out in late 2013 between soldiers allied to President Salva Kiir and those of his former deputy Riek Machar. Last year, 10 aid workers went missing in Yei, in the same region.

“We …reiterate that humanitarians and civilians are not and should never be subjected to such heinous acts of violence – we are not a target,” IOM Director General António Vitorino said.

It was not clear who was behind the latest fighting.

In the past, government forces have clashed in the region with fighters from the rebel National Salvation Front, led by renegade former General Thomas Cirillo Swaka, who is not a party to a peace deal signed last year by Kiir and Machar.

Lul Ruai Koang, the government’s military spokesman, said that on the day of the attack Cirillo’s fighters had targeted a government position, and that one soldier was killed along with nine from Cirillo’s side.

“If they (National Salvation Front) went and killed the aid workers, this is what I do not know. But the attack on our defense positions didn’t involve any humanitarian workers,” Koang said.

The National Salvation Front was not immediately reachable to comment on the killings.

(Reporting by Denis Dumo with additional reporting and writing by George Obulutsa in Nairobi; Editing by Mark Heinrich)