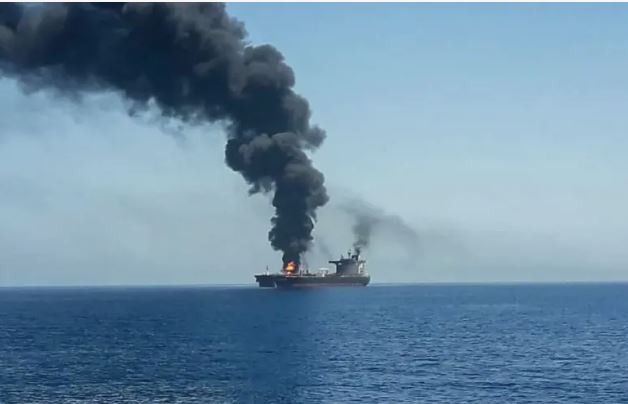 An oil tanker is seen after it was attacked at the Gulf of Oman (Illustrative) (credit: ISNA/REUTERS)