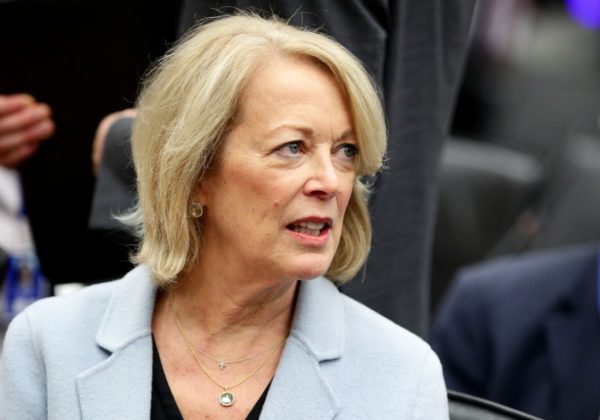 VIENNA (Reuters) – The European Union and United States expressed concern on Thursday at Iran’s holding of an inspector from the U.N. nuclear watchdog last week, with the U.S. envoy to the agency calling it an “outrageous provocation” that must have consequences.

Reuters first reported on Wednesday that Iran had held the inspector and seized her travel documents in what appears to be the first incident of its kind since Iran’s nuclear deal with major powers was struck in 2015.

Iran confirmed that it prevented the inspector from gaining access to its main uranium-enrichment facility at Natanz. Its envoy to the International Atomic Energy Agency told reporters that it was because she tested positive for traces of explosives but then no longer did after going to the toilet while waiting for a further search, which prompted further investigation.

“The detention of an IAEA inspector in Iran is an outrageous provocation,” the U.S. ambassador to the IAEA, Jackie Wolcott, said in a statement https://vienna.usmission.gov/iaea-board-of-governors-u-s-statement-on-safeguards-matters-in-iran to an emergency meeting of the IAEA’s 35-nation Board of Governors.

“All Board members need to make clear now and going forward that such actions are completely unacceptable, will not be tolerated, and must have consequences.”

The European Union said it was “deeply concerned” by what happened. Iran’s ambassador to the IAEA said the inspector was repatriated and Tehran had asked that she be removed from the list of designated inspectors. The IAEA declined to comment.

“We understand that the incident was resolved and call upon Iran to ensure that no such incidents occur in the future,” an EU statement said.

Acting IAEA chief Cornel Feruta, who will be succeeded by Argentina’s Rafael Grossi next month, called Thursday’s board meeting to discuss the incident and Iran’s failure to give a convincing explanation for uranium traces found at a site in Tehran.

Feruta told Iran in September that “time is of the essence” in addressing the IAEA’s questions on how it found the traces on samples taken in February at the undeclared site, which Iran has said was a carpet-cleaning facility.

The EU and United States called on Iran to cooperate with the IAEA in explaining the traces of uranium that was processed but not enriched. A U.S. official said there were also signs of “activities consistent with sanitization” by Iran there.

“Time was of the essence in September; now that time is up,” Wolcott, the U.S. envoy, said in her statement.