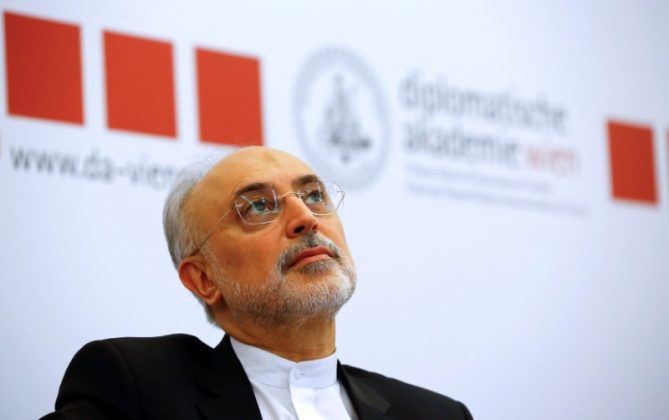 DUBAI (Reuters) – Iran plans to buy 950 tonnes of uranium ore from Kazakhstan over three years and expects to get Russian help in producing nuclear fuel, its top nuclear official said in remarks published on Saturday.

The acquisition would not violate Iran’s landmark 2015 deal with world powers over its disputed nuclear program as the deal did not set limits on the Islamic Republic’s supplies of uranium ore.

The report by the Iranian Students’ News Agency ISNA comes a day after the U.N. atomic watchdog said Iran’s official stock of enriched uranium had fallen by half after large amounts stuck in pipes was recategorised as unrecoverable under a process agreed with the major powers.

“About 650 tonnes is to be delivered in two shipments over two years and 300 tonnes during the third year and this shipment is to be returned to Kazakhstan (after enrichment),” Ali Akbar Salehi, head of Iran’s Atomic Energy Organization, told ISNA in an interview.

Iran has asked a body overseeing its 2015 nuclear accord with world powers to approve the purchase of uranium ore and was still awaiting Britain’s agreement, Salehi said.

“Five of the members of the committee overseeing the (nuclear deal) have given their written approval, but Britain changed its mind at the last moment, considering the U.S. elections and Middle East problems,” Salehi said, without elaborating.

There was no immediate reaction from Britain to the report.

“In nuclear talks … we reached a final agreement on jointly producing nuclear fuel with Russia,” Salehi said. “We asked for their help in this regard… and it was agreed for the Russians to give us advisory help.”

The nuclear agreement brokered by Britain, France, Germany, China, Russia and the United States lifted sanctions against Iran in return for curbs on Tehran’s nuclear program.