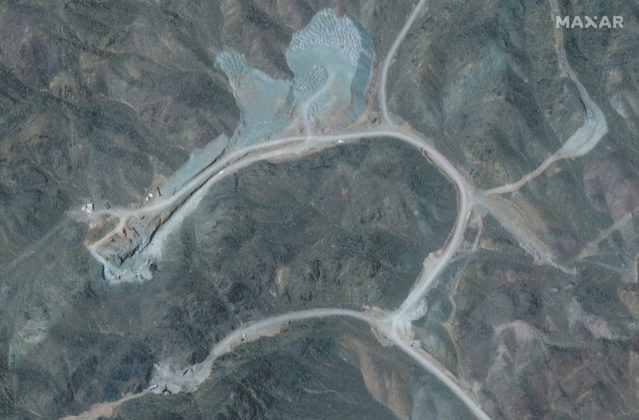 Araqchi made his announcement shortly before the resumption of talks in Vienna aimed at reviving Tehran’s 2015 nuclear deal with major powers, an accord Israel fiercely opposed, after former U.S. President Donald Trump abandoned it three years ago.

Last week, Iran and the global powers held what they described as “constructive” talks to salvage the deal, which has unraveled as Iran has breached its limits on sensitive uranium enrichment since Trump reimposed harsh sanctions on Tehran.

The deal had capped the level of purity to which Iran can enrich uranium hexafluoride, the feedstock for centrifuges, at 3.67%, far below the 90% of weapons grade.

Iran in recent months has raised enrichment to 20% purity, a level where uranium is considered to be highly enriched and a big step towards enriching to weapons-grade.

Iran’s top diplomat said earlier on Tuesday that an attack on its Natanz nuclear facility which it blames on Israel was a “very bad gamble” that would strengthen Tehran’s hand in talks to revive a 2015 nuclear deal with major powers.

Tehran has said an explosion on Sunday at its key nuclear site was an act of sabotage by arch-foe Israel and vowed revenge for an attack that appeared to be the latest episode in a long-running covert war. Israel, which the Islamic Republic does not recognize, has not formally commented on the incident.

U.S. President Joe Biden has said Tehran must resume full compliance with restrictions on its nuclear activity under the deal before Washington can rejoin the pact.

The White House said on Monday the United States was not involved in Sunday’s attack and had no comment on speculation about the cause of the incident.