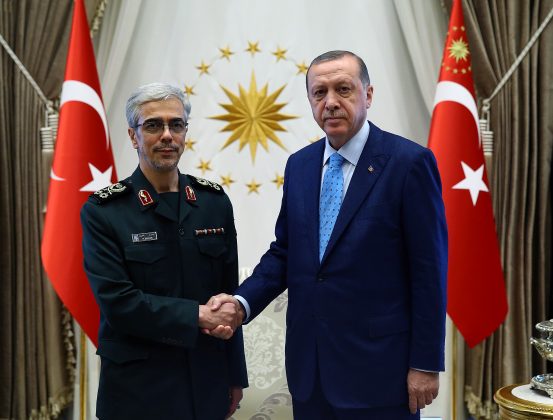 GENEVA (Reuters) – The standoff between Iran and the United States is a “clash of wills”, a senior commander of Iran’s powerful Revolutionary Guards said on Thursday, suggesting any enemy “adventurism” would meet a crushing response, Fars news agency reported.

Tensions have spiked between the two countries after Washington sent more military forces to the Middle East in a show of force against what U.S. officials say are Iranian threats to its troops and interests in the region. 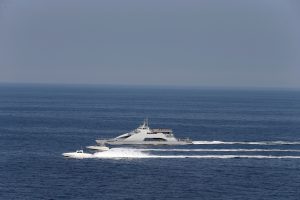 FILE PHOTO: Iranian Revolutionary Guards speed boats are seen near the USS John C. Stennis CVN-74 (not pictured) as it makes its way to gulf through strait of Hormuz, December 21, 2018. REUTERS/Hamad I Mohammed/File Photo

“The confrontation and face-off of the Islamic Republic of Iran and the malicious government of America is the arena for a clash of wills,” Iran&rsquo;s armed forces chief of staff Major General Mohammad Baqeri said.

He pointed to a battle during the 1980-88 Iran-Iraq war where Iran was victorious and said the outcome could be a message that Iran will have a “hard, crushing and obliterating response” for any enemy “adventurism”.

On Sunday, U.S. President Donald Trump tweeted: “If Iran wants to fight, that will be the official end of Iran. Never threaten the United States again!”

Trump restored U.S. sanctions on Iran last year and tightened them this month, ordering all countries to halt imports of Iranian oil or face sanctions of their own.

Trump wants Iran to come to the negotiating table to reach a new deal with more curbs on its nuclear and missile programs.

Reiterating Iran’s stance, the spokesman for its Supreme National Security Council said on Thursday that “There will not be any negotiations between Iran and America.”

Keyvan Khosravi was also quoted as saying by the state broadcaster that some officials from several countries have visited Iran recently, “mostly representing the United States.”

He did not elaborate, but the foreign minister of Oman, which in the past helped pave the way for negotiations between Iran and the United States, visited Tehran on Monday.

“Without exception, the message of the power and resistance of the Iranian nation was conveyed to them,” he said.

In Berlin, a German diplomatic source told Reuters that Jens Ploetner, a political director in Germany’s Foreign Ministry, was in Tehran on Thursday for meetings with Iranian officials to try to preserve the 2015 Iran nuclear deal and cool tensions in the region.