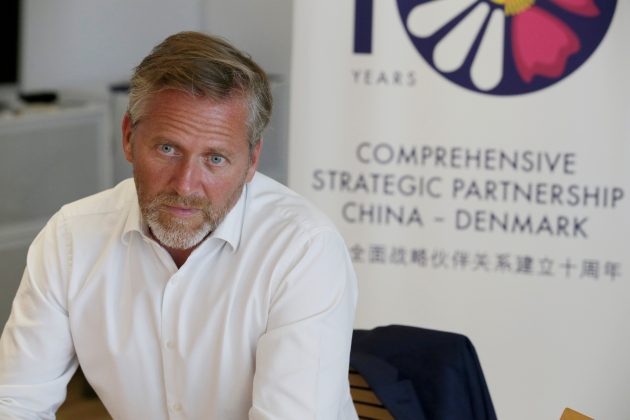 COPENHAGEN (Reuters) – Denmark said on Tuesday it suspected an Iranian intelligence service had tried to carry out a plot to assassinate an Iranian Arab opposition figure on its soil.

A Norwegian citizen of Iranian background was arrested in Sweden on Oct. 21 in connection with the plot and extradited to Denmark, Swedish security police said.

The Norwegian has denied the charges and Tehran also rejected the allegations on Tuesday.

The attack was meant to target the leader of the Danish branch of the Arab Struggle Movement for the Liberation of Ahvaz (ASMLA), Danish intelligence chief Finn Borch Andersen said.

“We are dealing with an Iranian intelligence agency planning an attack on Danish soil. Obviously, we can’t and won’t accept that,” Andersen told a news conference.

Iranian foreign ministry spokesman Bahram Qasemi dismissed the accusations. “This is a continuation of enemies’ plots to damage Iranian relations with Europe at this critical time,” Tasnim news agency quoted him as saying.

European countries are trying to save a 2015 nuclear deal between Iran and world powers after President Donald Trump withdrew the United States from the pact and announced the reimposition of sanctions on Tehran.

Andersen said the arrested Norwegian citizen had denied charges in court of helping a foreign intelligence service plot an assassination in Denmark.

Arabs are a minority in Iran, and some see themselves as under Persian occupation and want independence or autonomy.

“The government will respond to Iran and is speaking with European partners on further measures,” Samuelsen said.

On Sept. 28, Danish police shut two major bridges to traffic and halted ferry services from Denmark to Sweden and Germany in a nationwide police operation to prevent a possible attack.

A few days earlier, the Norwegian suspect had been observed photographing and watching the Danish home of the ASMLA leader, police said.

In November 2017, Ahmad Mola Nissi, an Iranian exile who established ASMLA, was shot dead in the Netherlands. The Danish security service then bolstered police protection of the ASMLA leader in Denmark and two associates.

Last month, Iran summoned the envoys of the Netherlands, Denmark, and Britain over a Sept. 22 shooting attack on a military parade in Khuzestan in which 25 people were killed.

Another Arab opposition group, the Ahwaz National Resistance, and the Islamic State militant group both claimed responsibility for the parade attack, though neither has provided conclusive evidence to back up their claim.

Last week, diplomatic and security sources said France had expelled an Iranian diplomat over a failed plot to carry out a bomb attack on a rally in the Paris area by an exiled Iranian opposition group.