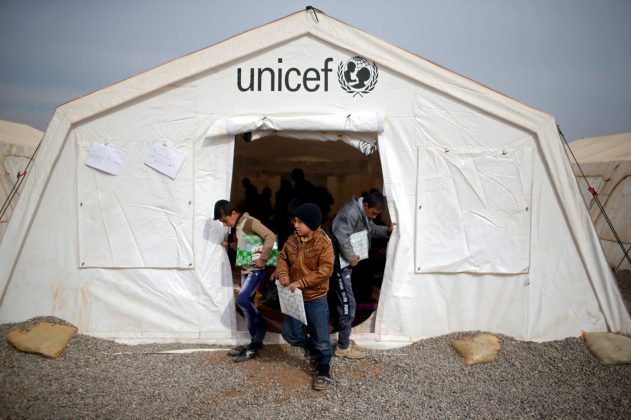 GOGJALI, Iraq (Reuters) – His black belt and membership card were all that Iraqi judo coach Ali Mahmoud managed to save when Islamic State stormed his club in Mosul, turning the gym into an arms training camp for fighters.

A veteran judoka practising the modern martial art since the age of five, Mahmoud saw his career as coach ending when the militants banned judo as “un-Islamic” after they seized Iraq’s the city in June 2014.

As the 39-year-old arrived one night at his Karama club in the Samah district to train for a tournament in Georgia, the fighters seized the gym.

“Daesh (Islamic State) accused me of training police and soldiers to fight them,” said Mahmoud, who has fled the city since Iraqi forces launched a campaign in October to retake it.

“They saw me as enemy,” he said, showing his membership card from the Iraqi judo federation licensing him as coach in the northern city. He once won a national championship in his age group in 2012, he said.

To keep in shape Mahmoud tried discreetly exercising in public parks at night but gave up after a patrol of the Hisbah — the militants’ religious police enforcing their extreme rules such as flogging people caught smoking — stopped him.

“I was only doing simple workouts but they warned me to stop, saying what I was doing was wrong,” he said, standing at a market in the Gogjali suburb where he fled with his family when fighting reached his neighborhood.

“With one of my sons I was working out sometimes at home but I never invited anyone as it was too dangerous,” said Mahmoud who lost contact with his former judo mates during the two and a half years of Islamic State control.

“Some got killed, others fled,” he said. “Daesh (later) destroyed the club, looted everything.”

His account could not be verified as Samah remains a battle zone but several residents said Mosul sports clubs closed under Islamic State which seized such facilities to give young people weapons training.

Most youth gave up any activity — even street soccer — as parents fearing trouble kept them indoors. There were some limited exercises at schools run by Islamic State by many parents pulled them out worried they got brainwashed.

“I removed my four children from school after one year as they got trained in weapons and were taught wrong ideas,” said Walid Ahmed, a teacher. “So they stayed at home all the time.”

To get teenagers back to education and sports the United Nations has set up tent schools in camps for displaced people — dozens were dancing and singing at the Khazir camp east of Mosul.

“Daesh taught us things at school like counting bullets they were holding in their hands,” said Ahmed’s veiled daughter Marwa.